Home / Health News / Revealed – why men are mean towards women

Revealed – why men are mean towards women

A new study conducted on more than 400 heterosexual men by researchers in the US claims that insecurity that men feel in their relationships with women stems from styles of attachment.

A new study conducted on more than 400 heterosexual men by researchers in the US claims that insecurity that men feel in their relationships with women stems from styles of attachment.

A study led by Joshua Hart, assistant professor of psychology at Lawrence University, New York, conducted the survey on a 400-strong sample of heterosexual men. Hart’s former student Jacqueline Hung and psychology professors Peter Glick of Lawrence and Rachel Dinero of Cazenovia College, Syracuse, were the co-authors. The interviewees were probed on their attachment style and views on romance, and their attitude towards women was assessed, the journal Personality and Social Psychology Bulletin reports.

Attachment style refers to the way people relate to others in the context of intimate relationships, defined by two personality traits: attachment anxiety and attachment avoidance. Both traits reflect different kinds of relationship insecurities; people who are low in both traits are considered secure, according to a Lawrence statement.

‘In other words, anxious men are likely to alternate between chivalry and hostility toward female partners, acting like a knight in shining armour when she fulfils his goals and ideals about women, but like an ogre when she doesn’t,’ Hart explains.

The survey results also showed that anxiously attached men tend to be romantics at heart who adopt benevolently sexist beliefs, while avoidantly attached men lean toward social dominance. That, in turn, leads them to hostile sexism.

Squabbles with your sibling could make you anxious, depressed

Is it language that keeps our anger in check? 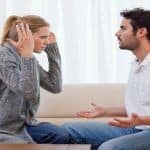 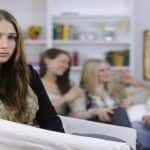