Washington, June 7 (ANI): Researchers have figured out where birds’ penises have gone. It turns out that land fowl, which have only rudimentary penises as adults, have normally developing penises as

Washington, June 7 (ANI): Researchers have figured out where birds’ penises have gone. It turns out that land fowl, which have only rudimentary penises as adults, have normally developing penises as early embryos. Later in development, however, the birds turn on a genetic program that leads their budding penises to stop growing and then wither away. ‘Regulation of the balance between cell proliferation and cell death is essential for controlled growth and development,’ Martin Cohn of the Howard Hughes Medical Institute and University of Florida, Gainesville, said. Also Read - The size of the average Indian penis revealed!

‘Too much cell division or too little cell death can lead to overgrowth or mis-regulated growth, as in cancer. If the balance is tipped in the other direction, deficient cell division or excess cell death can lead to underdevelopment or even absence of a tissue or organ. ‘Our discovery shows that reduction of the penis during bird evolution occurred by activation of a normal mechanism of programmed cell death in a new location, the tip of the emerging penis,’ he said, Also Read - The cause of back pain in adults can be linked to evolution: Study

A critical gene in the process is one called Bmp4. In chicken development, Bmp4 switches on and the birds’ developing genitals shrink away. In more well-endowed ducks and emus, that gene stays off and their penises continue to grow. Graduate student Ana Herrera, lead author of the study said that it’s not entirely clear why chickens and other birds would have lost their penises, but it may be that the loss leaves hens with greater control over their reproductive lives. Also Read - Female clitoris vital for the reproduction process : Study

The study is published in the Cell Press journal Current Biology. (ANI) 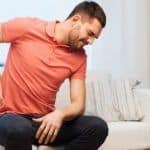 5 high-arginine foods that you must include in your diet