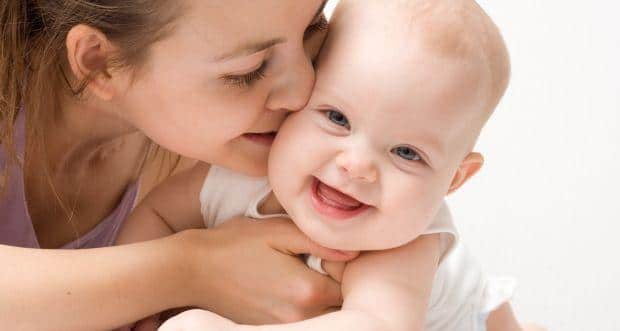 A new study has found that when parent's respond to their infant's babbling, the babies start using language more quickly. According to the study, conducted by University of Iowa and Indiana University, parents respond to their children's babbling could actually shape the way infants communicate and use vocalizations. The findings challenge the belief that human communication is innate and couldn't be influenced by parental feedback.

Instead, the researchers argue, parents who consciously engaged with their babbling infants could accelerate their children's vocalizing and language learning. Researchers observed the interactions between 12 mothers and their 8-month-old infants during free play twice a month for 30 minutes over a six-month period. They noted how the mothers responded to their child's positive vocalizations, such as babbling and cooing, especially when it was directed toward the mother. They discovered that infants whose mothers responded to what they thought their babies were saying, showed an increase in developmentally advanced, consonant-vowel vocalizations, which meant the babbling had become sophisticated enough to sound more like words. Read more about the 6 ways to help your baby talk soon.

The babies also began directing more of their babbling over time toward their mothers. On the other hand, infants whose mothers did not try as much to understand them and instead directed their infants'' attention at times to something else did not show the same rate of growth in their language and communication skills. Gros-Louis says the difference was mothers who engaged with their infants when they babbled let their children know they could communicate. Consequently, those babies turned more often to their mothers and babbled. In a survey a month after the study ended, mothers who were most attentive to their infants' babbling reported their children produced more words and gestures at age 15 months. The study is published in the journal Infancy.

For more articles on baby care, visit our pregnancysection. Follow us on Facebook and Twitter for all the latest updates! For daily free health tips, sign up for our newsletter. And to join discussions on health topics of your choice, visit our Question and Answer section.