The metabolite of a drug that is helping patients battle out multiple sclerosis has been found to significantly slow down the onset of Parkinson's disease, say researchers, including one of Indian-origin.

The metabolite of a drug that is helping patients battle out multiple sclerosis has been found to significantly slow down the onset of Parkinson’s disease, say researchers, including one of Indian-origin. Multiple sclerosis is a disease in which the immune system eats away the protective covering of nerves. The findings showed that dimethyl fumarate, or DMF — an oral drug and its metabolite — monomethyl fumarate, or MMF — both increase the activity of Nrf2. Nrf2 is a protein that helps protect the body from oxidative stress and inflammation that are both hallmarks of the Parkinson’s disease. Parkinson’s disease destroys neurons in the brain that produce dopamine — a neurotransmitter that enables movement and learning as well as causes nerve cell death in the gastrointestinal tract and related problems such as severe constipation. (Read: 15 early signs of Parkinson s disease you ought to know) Also Read - Genes linked to common brain disorder, Chiari 1 malformation, identified

The metabolite MMF may not be quite strong as parent drug DMF in increasing the activity of Nrf2, however, it is sufficient to dramatically slow down the loss of dopamine-producing neurons as well as the parent drug, in an animal model of Parkinson’s. To increase Nrf2 activity, parent drug DMF increases oxidative stress by depleting glutathione — the natural antioxidant and reduces the power of mitochondria — cell powerhouses — to make energy leading to reduced viability of dopamine-producing cells, said Bobby Thomas, Neuroscientist at Augusta University in the US. (Read: Find out if you could get Parkinson s disease) Also Read - Spend 10 mins in the sun every morning to sharpen your memory

The metabolite MMF more directly activates Nrf2 and actually increases glutathione and improves mitochondrial function. Nrf2 is a natural protective mechanism we have for oxidative stress, Thomas added in the paper published in the Journal of Neuroscience. Both DMF and MMF slowed neuron loss to a more normal level, and the neurons that survived continued to make dopamine. Inflammation and oxidative stress levels also were significantly reduced, the researchers said. Activity of the Nrf2 pathway — a common trend in both multiple sclerosis and Parkinson’s — tends to slowly decline with age, leading to the onset of the neurodegenrative disease. If we can catch them early enough, maybe we can slow the disease, noted John Morgan, Neurologist, at the MCG Department of Neurology. (Read: Treatment options for people with Parkinson s disease) 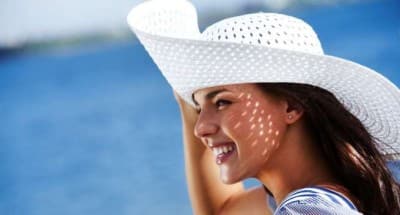 How to deal with sun spotting or sun poisoning