Home / Health News / These 5 heartbreaking stories of teens with AIDS will change your attitude towards life!

These 5 heartbreaking stories of teens with AIDS will change your attitude towards life!

These teenagers have been fighting against all odds, despite suffering from AIDS. 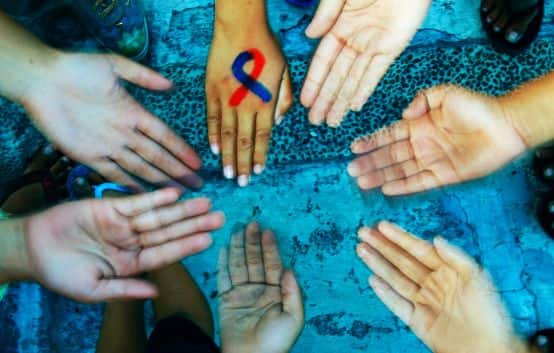 It is a well-known fact that living with HIV or AIDS is challenging not just due to the potentially fatal health risks it could pose (Read: 9 factors that increase your risk for HIV), but also because many patients in India are forced to fight against social stigma, poverty and ignorance simultaneously while trying their best to lead a relatively normal life. As per data compiled by the National AIDS Control Organisation (NACO), the total number of people living with HIV/AIDS in India was estimated at around 20.9 lakh in 2011. Out of this, around 86% patients were in 15-49 years age-group, while children less than 15 years accounted for 7% (1.45 lakh) of all infections in 2011. These are the real life stories of five young AIDS patients who contracted AIDS via parent to child transmission of the virus and are currently undergoing treatment at Lokmanya Tilak Municipal General Hospital (LTMGH) in Mumbai: Also Read - Compassion from carers make HIV patients seek life-saving treatments

The 16-year-old orphan whose parents succumbed to AIDS

Neha found out she was suffering from AIDS only in 2012, a year after her mother succumbed to the disease. Before that, her father died in 2005 after a prolonged battle against AIDS. These are the 12 HIV/AIDS symptoms that you need to watch out for. The teenager now lives with her aunt and cousins and is struggling to keep up with her academics as she says she feels discriminated against at home due to her illness. My mother worked as a beautician and while she was alive, she would regularly take me to a private doctor where we both were undergoing treatment. However, she didn t tell me that I was suffering from AIDS. It was only after her death when I was referred to Sion hospital to continue my treatment, was I made aware about my condition.

At home, my aunt has told specifically told me to keep my plate, spoons and glass separately due to which I feel discriminated against. However, I am lucky enough to have friends who are aware about my condition and are very supportive. Because of them, I am trying to motivate myself to study harder and graduate from school, she said. Neha had recently enrolled for private school to pass her ninth grade exams. She hopes to become a dancer or a beautician like her mother after completing her education.

Priya was 12 years old when she was diagnosed with AIDS. The teenager had contracted the disease from her parents who have been undergoing treatment for it since the last few years. At first, the news came as an utter shock to Priya and her health started deteriorating even further when she contracted tuberculosis (TB) shortly after she found out she is HIV positive. Those 9 months were the most difficult in my life. I love going to school and studying but suddenly, due to my poor health, all of my activities were restricted and I wasn t able even able to go to school regularly, she said.

In the meantime, she also developed resistance to first line anti-HIV drugs because she was irregular in taking the medicines. I realized that I needed to take better care of myself after doctors counselled me on the importance of taking my medicines on time. I was able to fight against TB because after nine months, I tested negative for it, added Priya. Now that her health has drastically improved with treatment, the teenager plans on becoming a doctor and helping out others in need as her favourite subjects in school are maths and science. Other than TB, these are the 12 diseases that affect people with HIV/AIDS

Despite the short span of his life, Vinod has already been through many hardships. In the last few years, he has been forced to frequent hospitals on a regular basis after being admitted thrice to hospitals within a span of a few months due to symptoms like high fever and diarrhea. While both his parents are also living with AIDS, they are forced to keep it a secret from their friends and neighbours as they live in constant fear of stigma and social backlash. The family is currently surviving on the money his mother, Vimla, manages to make from working as a housemaid because his father is too weak to continue working.

We live in constant fear that others will find out that we have AIDS. When I informed my in-laws that the three of us were diagnosed with AIDS, they abandoned us and repeatedly told us that they don t want anything to do with our family. Even though my other two children are perfectly healthy, they don t allow them to even step inside their house. Due to this, we are now on our own.

However, despite all these factors, Vinod says he takes each day as it comes and is optimistic about the future. My favourite subjects in school are English and Marathi and I hope to study hard and become a policeman and a painter in the future. I don t want to let my illness come in the way of living a normal life, he said. To understand more about this disease, read: World AIDS Day 2015: Top 10 HIV/AIDS myths busted

Shruti has been living away from her mother since the last four years. She is being taken care of by a Mumbai-based NGO because her mother earns barely Rs.600 a day from making umbrellas for a living. While her treatment at the civic-run hospital is free of cost, she is able to attend a private Marathi-medium school after the school authorities decided to sponsor her education. I barely get to see my mother because not only is she living with AIDS, but she is also trying to earn a living on her own after my father succumbed to the disease around 8 years ago, said Shruti. While the teenager says she has a good support system in her school, other than living with AIDS, she also suffers from frequent stomach aches which doctors haven t been able to diagnose so far.

Though I have been in and out of hospitals in the last few years due to various health complications, I try my best to live a normal life and regularly attend school. I want to be able to work hard for a better future for my mother and I. Despite all these hardships, I am hoping for the best and I wish to complete my education and become a fashion designer, she added.

Rohit lives with his grandfather and mother in Manmad, Nashik district after his father succumbed to AIDS more than a decade ago. Rohit is currently undergoing treatment for the dreaded disease in Mumbai for which he travels to the city with his grandfather twice a month. He was referred to Mumbai by local doctors after his health started deteriorating despite being given basic treatment in Nashik. In the last few years, Rohit has been in and out of the hospital due to symptoms like diarrhea and high fever.

Also, with the poor rainfall this year, his grandfather says that it is becoming even more difficult for them to earn their daily bread. As of now, we are able to afford to come to the city for his AIDS treatment only because my two other sons were able to find some odd jobs to earn some money. We are farmers, so when there is no rainfall, it becomes difficult to make ends meet, he said.

However, Rohit s spirit remains undeterred despite all the adversities. He says his favourite subject is Marathi and he hopes to become the first person in his family to graduate college and become a writer in the future. You can also read: These 5 people didn t know they had HIV 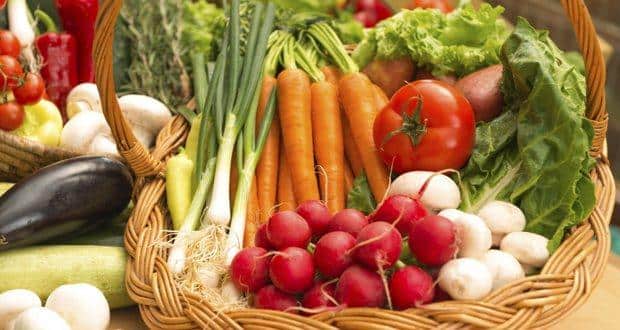