The five-year-old girl undergoing treatment here after she was brutally raped for two days is in stable condition, doctors said, adding she will need reconstructive surgery as she suffered severe inju

The five-year-old girl undergoing treatment here after she was brutally raped for two days is in stable condition, doctors said, adding she will need reconstructive surgery as she suffered severe injuries in her private parts. Also Read - Sex phobia: Smart ways to tackle the triggers

‘At present her general condition is stable. She is recovering and continues to be under close observation and monitoring. She is conscious, alert and all her parameters are within normal limits. She is speaking to her parents,’ D.K. Sharma, Medical Superintendent of the All India Institute of Medical Sciences (AIIMS) where the girl is being treated, told reporters here. He said the girl has been subjected to detailed medical evaluation and a procedure has been carried out to divert stools as her private parts have suffered grievous injuries due to the sexual assault. Also Read - Limit your child’s freedom on Internet

‘She has suffered injuries in her private parts and will need to undergo corrective and reconstruction surgery,’ said Sharma. He said that her wounds would be redressed Sunday evening under anaesthesia. ‘She has been put on intravenous fluids and antibiotics,’ he added. The girl was shifted to AIIMS Friday. Earlier the hospital said a surgical procedure was done on her midnight. ‘She was shifted to AIIMS at 6.30 p.m. Friday. She was stable and no intensive care was needed. She was kept in the emergency section of the paediatrics department,’ Sharma said. Also Read - Child Sexual Abuse: Why an abuser does what he does? Unravelling the dangerous mind of an abuser

The doctor added that a team of eight doctors from various departments like paediatric medicine, paediatric surgery, gynaecology, anaesthesia, urology, forensic medicine and hospital administration are looking after the child. Sharma said Health Minister Ghulam Nabi Azad visited the hospital in the morning to see the child. ‘The minister visited the hospital in the morning at 11 a.m. to see the patient. He also interacted with her parents,’ the doctor said.

‘We don’t expect her to stay in hospital for long,’ the doctor said. The girl was abducted April 15 and kept hostage for two days without food and water in a room in which the attacker lived, on the ground floor of the building in east Delhi’s Gandhi Nagar. The victim’s family stays in the same building, police said.

The girl, who was repeatedly raped, was rescued when members of her family heard her screams Wednesday, police said. The accused was arrested from his village in Bihar’s Muzaffarpur district. 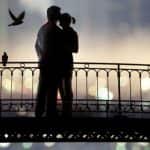 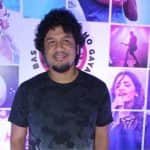