Ramleela star Ranveer Singh was finally discharged from Hinduja hospital last evening. The actor was suffering from dengue and his alleged girlfriend Deepika Padukone even came to pick him up, reports

Ramleela star Ranveer Singh was finally discharged from Hinduja hospital last evening. The actor was suffering from dengue and his alleged girlfriend Deepika Padukone even came to pick him up, reports Bollywoodlife.com! Ranveer thanked his followers on Twitter yesterday saying, Your love & blessings have helped me fight this illness ! Thank you all for the warmth & wishes that helped me tide over my weakest hour. (Read: How Ranveer Singh got ripped for Ramleela! Learn from his fitness trainer Lloyd Stevens) Also Read - Previous exposure to dengue may provide some immunity against COVID-19

What is dengue? Also Read - Ganesh Chaturthi 2020: 4 reasons an eco-friendly Ganesha is good for you 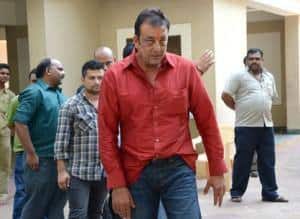