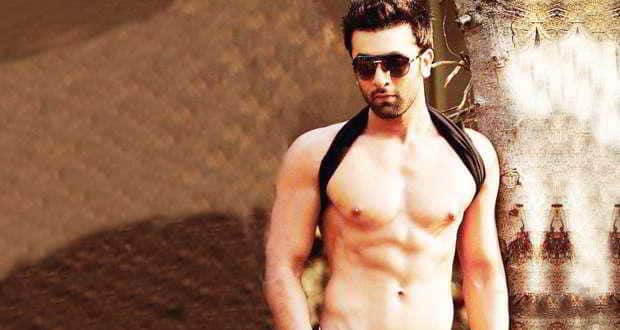 Everyone's boxing in Bollywood these days. First it's Priyanka Chopra as she prepares to play Mary Kom in an upcoming biopic about the famous pugilist. Even Sonakshi Sinha is training because apparently her character in an upcoming Akshay Kumar-starrer 'Holiday' is allegedly based on Laila Ali, legendary boxer Muhammad Ali's daughter. And the latest to put on the gloves is our bad boy Ranbir Kapoor as the naturally scrawny lad has to play a street fighter in Anurag Kashyap's next venture Bombay Velvet. Insiders say that a trainer was flown in from Kenya for the lad and they worked together for roughly four months, training day and night.

'I haven't worked on my physique for a film so far, but Bombay Velvet demands it. And I have always maintained that I would make the effort for the right film,' he told a leading newspaper. But recently while undergoing a gruelling training session to look like a street fighter, Ranbir injured his back and is now on a week-long rest period. He's been to a physiotherapist as well to ease his injury and recover quickly before he can get back to training again. 'I'm on a week-long break. But I have some time as the filming only starts in about two months. I hope my back heals soon so I can resume training quickly,' he said in an earlier interview.

The actor reportedly had trouble maintaining his lean physique in spite of the heavy physical training which led to him going on a strict diet. Bombay Velvet is a neo noir film which has Ranbir Kapoor playing a street fighter while Anuskha Sharma plays a jazz singer. The actress's appearance in a Koffee with Karan episode sparked rumours about her undergoing a lip enhancement surgery but the actress denied it and claimed it was a lip enhancing tool and make up technique.

Here's what she said about her lips: 'For a short while now I have been using a temporary lip enhancing tool and that along with make up techniques ( I have learnt over the years) is the reason why there might be a change in the appearance of my lips. Having stated this fact let me very vehemently assure everyone that I have by no means gone 'under the knife ' or done any kind of 'plastic surgery' or undergone any intrusive procedure . This was my decision and was done for the sake of my look in my upcoming film Bombay velvet,a period drama where I play a jazz singer in the 1960 s 70 s . And it was taken from the referencing of that time .' Read more about what Anuskha says about her lips.