The recent spat between Punjab Health Minister Madan Mohan Mittal and his immediate junior over raids on government doctors indulging in private practice reflects poorly on the affairs of the health department. Mittal locked horns with Chief Parliamentary Secretary (CPS) Navjot Kaur Sidhu, who is attached to the health department, over the latter’s recent raids on government doctors indulging in private practice. Both are Bharatiya Janata Party (BJP) legislators in the state but that has not stopped them from criticising each other. Also Read - Free of cost blood in Punjab hospitals from Jan 1: Minister

The matter precipitated when Sidhu, wife of cricketer-turned-politician and Amritsar MP Navjot Singh Sidhu, raided some doctors at various places to catch them doing private practice during the time when they were supposed to be looking after patients in Punjab’s hospitals and health centres. One of the doctors, who was later arrested, was caught by Sidhu at a private hospital in Mohali town, adjoining Chandigarh, in August this year. Sidhu, a doctor herself, went to the hospital as a decoy patient and caught him ‘red-handed’, just days before he was to retire from government service. Also Read - Punjab is seeing rising cases of drug abuse among women, says study

This sting operation by Sidhu, which was followed by a more recent one, led to Mittal objecting to the way that the CPS was going about with things.”She has no authority and jurisdiction to conduct raids on government doctors like this,” Mittal told reporters, while questioning her actions. Also Read - Punjab government to impose ban on hookah bars across the state

Sidhu, when asked by media, said that the minister should give in writing what her role and authority as a CPS was. She claimed that she had the support of Chief Minister Parkash Singh Badal on this matter. While Badal, who heads the Akali Dal-BJP alliance government in Punjab, initially avoided the controversy, he later said that the tiff between Mittal and Sidhu had been sorted out. The state BJP leadership stepped in last week to control the situation.

State BJP president Ashwini Sharma spoke to both the leaders and asked them not to go public with their comments on each other and the controversial raids. At the receiving end of the whole controversy, government doctors in the state are also against the action taken by Sidhu. The Punjab Civil Medical Services (PCMS) association has criticised the CPS for getting doctors arrested on flimsy grounds after the raids. Though the association supported Sidhu’s action against government doctors doing private practice during official hours, it opposed their arrest.

Now 348 essential drugs to have a price cap! 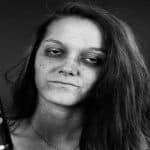 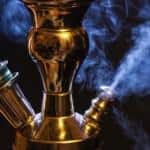 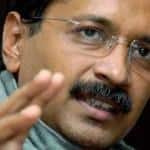 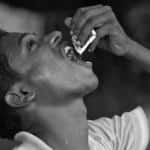