As the nation is gripped with anger following the rape of a five-year-old girl here, psychiatrists believe the offenders of such crimes are usually weak and who harbour anger against the society that

As the nation is gripped with anger following the rape of a five-year-old girl here, psychiatrists believe the offenders of such crimes are usually weak and who harbour anger against the society that usually translates into sexual violence. They said that such incidents are a grim reflection of country’s socio-economic disequilibrium. Also Read - Arvind Kejriwal warns people of shortage of bed, oxygen amid Covid-19 surge in Delhi

The five-year-old girl was abducted April 15 and kept hostage for two days without food and water in a room in which the attacker lived, on the ground floor of the building in east Delhi’s Gandhi Nagar, in which the victim’s family also stayed. The girl, who was repeatedly raped and brutalised, suffered severe injuries to her private parts. The incident has yet again raised questions about the safety of women, particularly minors in the country. Also Read - Delhi May Experience A Vaccine Shortage Following Weekend Lockdown Due To Covid-19 Surge

The rape – and the street protests – brought back horrific memories of the Dec 16, 2012 gang-rape of a 23-year-old trainee physiotherapist, who later died in a Singapore hospital where she was air-lifted for specialised treatment. The girl was brutally tortured, with an iron rod inserted into her genitals and her intestines removed.
The recent brutal cases of sexual violence are a reflection of rebound cumulative effect, said Delhi-based psychiatrist Nelesh Tiwari. Also Read - Sexual assault may lead to serious mental illness: Here’s how to cope with PTSD

He claimed that individuals perpetrating such crimes usually ‘come from the weaker sections of society’, and have weak personalities.  ‘These people accumulate lot of anger against the society. When they find a vulnerable women or a minor, they feel a sense of power. First, they try to exert their domination sexually, but eventually it leads to physical violence,’ Tiwari told IANS.

Echoing this, clinical psychologist and special educator Sippy Ripan said the culprits are products of the country’s socio-economic mismatch and dis-uniformity.  ‘Frustration among individuals belonging to socio-economical backward sections, generally translates into sexual violence. There is a strong feeling of control in rape for the offender. Thus they pick up on a soft target where they can exert their domination,’ said Ripan.

He said case histories of such crimes reveal that such actions are done in an intoxicated state, where the sexual urge of perpetrators flares up when they see a woman or minor.  Ripan said such individuals are primarily sociopaths or psychopaths or people suffering from mental illnesses and disorders, adding that 99 percent of such offenders cannot be reformed.

‘They usually lack remorse. They are very well aware of their actions. Nothing is accidental as they actions are usually planned. They manipulate a victim’s vulnerabilities. These people are beyond any reformation,’ he told IANS.  Recent data revealed that one in three of the rape victims in the country was a child. More than 30,000 crimes were committed against children in India in 2011. Further, more than 7,200 children, including infants were reportedly raped every year.

According to Nimesh Desai, the criminal tendencies of such culprits depends upon the psychological environment and social-control mechanism in the society.  ‘Individuals with such criminal tendencies have a bizarre perverse tendencies with usually remain contained due to various social controls and legal mechanisms. Otherwise, such people exist in every society,’ Desai told IANS.

Stating that the social controls and legal mechanisms of the country need to keep in pace with the changing dynamics of society, the psychiatrist said the control may be lost gradually if there is no constant pro-active policing and judicial actions. ‘We would be living in a fools paradise, if we deny that such people don’t exist in our society,’ Desai said.Delhi, described as India’s ‘rape capital’ has seen 393 rape cases in three months as compared to 152 cases in the corresponding period in 2012. 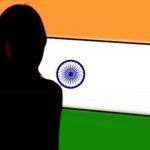