Psoriasis: Not just skin deep; linked to 10 other chronic diseases 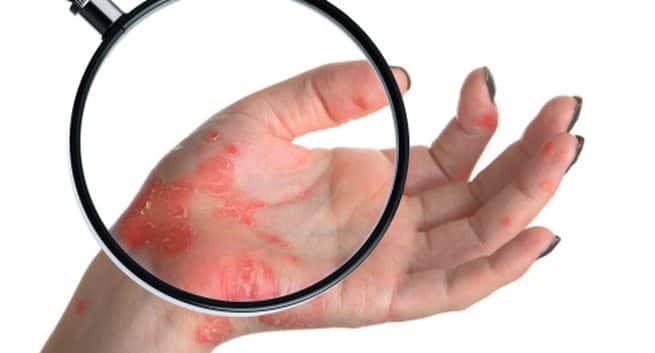 Psoriasis is a chronic inflammatory skin disease that causes red, scaly rashes all over the body and it is estimated that it affects approximately 2% of the population worldwide [1]. In the past decade, many studies have revealed that psoriasis is directly linked to both lifestyle diseases and other chronic conditions. In fact, it is believed that 73% of patients with psoriasis live with at least one co-morbidity or disease. Other than that, patients with severe psoriasis were found to have a 5-year shorter life expectancy as compared to healthy individuals. Also Read - Obesity, alcohol consumption can lower effectiveness of Covid-19 vaccines

Other than psoriasis, psoriatic arthritis is also known to have adverse effects on the patient s health in the long run. The symptoms include joint, pain, stiffness and swelling and this could develop after psoriasis. Several studies have found that psoriasis patients are at high risk of suffering from comorbidities. Speaking to TheHealthSite, Dr Uday Khopkar, Head of the Dermatology department at civic-run KEM hospital in Mumbai says, psoriasis patients could be at an increased risk of these 10 diseases: Also Read - Eluru-like mysterious illness emerges in Andhra Pradesh's Pulla village

Over the last decade, several studies have proved the risk of cardiovascular disease in patients with psoriasis [1]. In fact, having psoriasis alone may be an independent risk factor for myocardial infarction. The National Psoriasis Foundation has recommended screening for cardiovascular disease risk factors in psoriasis patients who are even as young as 20 years old. Despite this, studies have found that most psoriasis patients are completely unaware of these risk factors as they aren t informed about them by their physician or dermatologist.

Researchers have found through a meta-analysis of 27 observational studies that psoriasis is also associated with an increased prevalence rate of diabetes [1]. Other than just diabetes, psoriasis patients are also prone to high cholesterol levels. In another review of 25 observational studies conducted over the last one decade that included more than 265,000 psoriasis patients, it was observed that psoriasis was also associated with dyslipidemia or abnormal cholesterol levels [1].

Patients living with severe psoriasis are at a much higher risk of also suffering from uncontrolled high blood pressure. ‘It has been observed that psoriasis patients are far more prone to metabolic diseases like diabetes and hypertension and because of this, they become vulnerable to other diseases as well,’ says Dr Khopkar.

Psoriasis causes low self-esteem and patients are known to suffer from anxiety and depressive disorders, 30% and 60%, respectively, because of the red and scaly skin caused by this chronic skin disease. The shocking truth is that around 10% of psoriasis patients have considered the possibility of suicide at one point or the other, especially if they were also going through family problems.

Children and adults with psoriasis are at a 30% increased risk of being obese as compared to healthy individuals [1]. The chances of being obese increases by more than half if the patient is suffering from severe psoriasis. Despite studies that have found a link between psoriasis and obesity, it is still unclear whether psoriasis causes obesity or vice versa.

Uveitis is an eye inflammation that affects the middle layer of the eye which is known as the uvea. This includes the iris and a thin layer or membrane containing blood vessels and another part of the eye known as the ciliary body. Recent studies have revealed that nearly 2% -7% of psoriasis patients could suffer from uveitis at one point or the other [1].

Psoriasis is also known to affect the liver in the long run. The prevalence rate of non-alcoholic fatty liver disease (NAFLD) in these patients could range from anything between 17%-60% [1]. The risk increases depending on whether the patient is suffering from mild or severe psoriasis. In many cases, the medicines used to treat psoriasis are known to cause liver disease. ‘Patients who have been living with psoriasis for more than a decade do tend to suffer from liver disease as a side-effect of the medicines,’ says Dr Khopkar.

Arthritic psoriasis can also put women patients at an increased risk of osteoporosis. Studies have revealed that the longer the patient has suffered from psoriasis, the more the patient s risk increases of also developing osteoporosis [2]. Doctors suggest that patients suffering from severe psoriasis for several years should undergo a bone density screening test.

Patients living with psoriasis are three times more likely to develop lymphoma than those who aren t suffering from this chronic skin condition [1]. Patients suffering from psoriatic arthritis are far more likely to suffer from lymphomas and studies suggest that these patients should get screened for cancer to stay on the safer side. However, Dr Khopkar says that it is very rare for psoriasis patients to suffer from cancer due to their skin condition.