Protest demands China should give more to AIDS fund

Around 200 people from NGOs, those living with AIDS and members of the lesbian, gay, bisexual and transgender (LGBT) community, protested in Delhi demanding that China shell out $1 billion for a globa

Around 200 people from NGOs, those living with AIDS and members of the lesbian, gay, bisexual and transgender (LGBT) community, protested in Delhi demanding that China shell out $1 billion for a global fund to combat AIDS and other diseases. Also Read - Ganesh Chaturthi 2020: 4 reasons an eco-friendly Ganesha is good for you

The protesters want China to pledge the amount to the Global Fund to fight AIDS, Malaria and Tuberculosis (GFATM). The fund was founded in 2002 where wealthy nations provide financial assistance to developing countries. Also Read - 7 reasons why the #BeefBan is good

‘China is a country with the second largest economy in the world, but since 2002 China has contributed just $25 million. Whereas smaller countries, such as Japan and Germany have together contributed over $3.5 billion,’ V. Sam Prasad, clinical affairs manager of AIDS Healthcare Foundation (AHF) India told IANS. Also Read - 132 people detained in China over medical fraud, says reports

According to the organisation around 520,000 people have benefited from the fund in India.

‘Virtually no one in low and middle income countries had access to the life saving anti-retroviral therapies that have proven effective in treating HIV. Thus, the global fund has been of great assistance,’ added Prasad.

With placards reading: ‘China, China! Pay your share. Show the world that you care,’ the members of the LGBT community raised their loudest voice at Jantar Mantar in the capital.

‘We want the help for the poor people living with HIV, as the anti-retroviral therapies are very expensive. We want China to realise and donate the funds,’ Ritika Shergil, a transgender working with Mitra Trust told IANS.

The protest is part of the global protest that is being held Oct 23-25 in the US, Mexico, South Africa, Cambodia and Zambia. 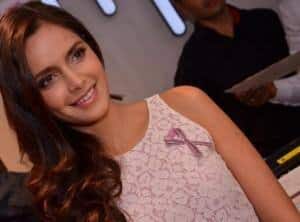