Probiotic yogurt could make you smarter

Yogurt could make you smarter. Researchers have found that eating probiotic yogurt can not only alter the bacteria in your gut beneficially, it can also help increase your brain function.

Yogurt could make you smarter. Researchers have found that eating probiotic yogurt can not only alter the bacteria in your gut beneficially, it can also help increase your brain function. Also Read - 7 healthy probiotic foods to lose weight

The study conducted by the University of California, Los Angeles, has found the first ever evidence that bacteria in food can affect brain function in humans. The study was carried out on women between the ages of 18 and 55. The researchers divided the women into three groups – one group was given specific yogurt containing a mix of several probiotics twice a day for four weeks; another group consumed a dairy product that looked and tasted like yogurt but had no probiotics; and third group ate no product at all. Also Read - Yogurt : 30 second snack to keep you full

After the study they found that when compared to women who had not had probiotic yogurt, the women who had had probiotic yogurt had better cognition and sensory related responses. During a resting brain scan, it was found that the women who consumed probiotics showed greater connectivity between a key brainstem region known as the periaqueductal grey and cognition-associated areas of the prefrontal cortex. Also Read - Yogurt: The perfect weight loss buddy

They then found that women who regularly ate good bacteria with their food, known as probiotics, through yogurt showed altered brain function. They tested their functioning while at rest as well as during an emotion-recognition task, and found that it had markedly improved. The study further established that changing the bacterial environment (or microbiota) within the gut can affect the brain. A finding that has significant implications for future research.

Tillisch, an associate professor of medicine at UCLA’s David Geffen School of Medicine and lead author of the study said that their findings indicate that some of the contents of yogurt may actually alter the way our brain reacts to the environment. Health benefits of probiotics you didn’t know before 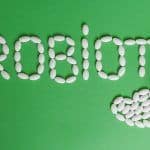 Health benefits of probiotics, according to science 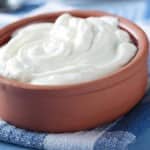 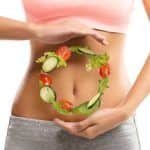