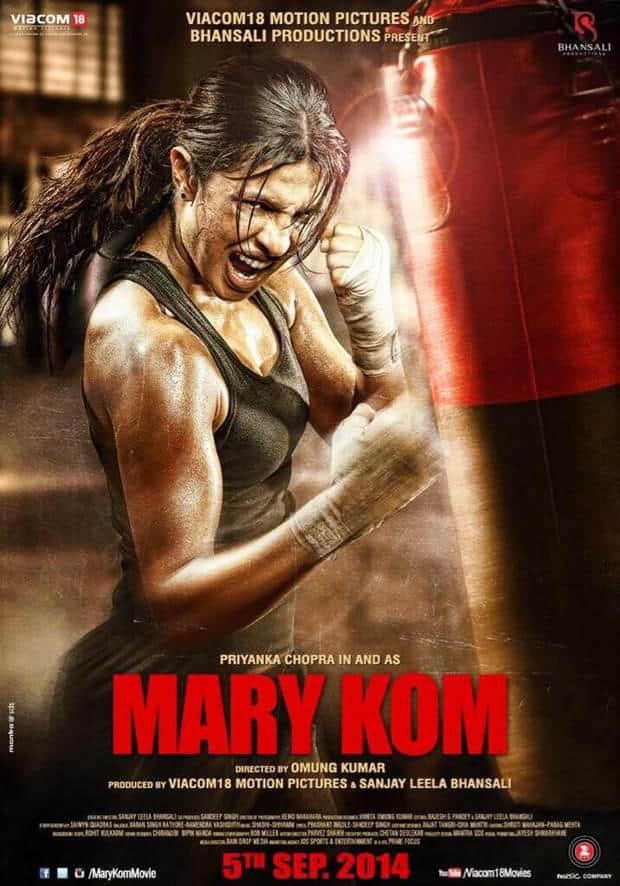 Priyanka Chopra who plays Mary Kom in the biopic of the same name has trained hard to fit the bill. And from the looks of it, all her sweat, hard work and turmoil has paid off! But behind the rigorous training was fitness expert Samir Jaura (he also trained Farhan Akhtar for Bhaag Milkha Bhaag) who made sure she did not miss a single session and was responsible in making Priyanka look like a true-blue boxer. We chatted with him on how he went about ensuring the final look we see today in the poster and trailer. Excerpts from the interview...

Priyanka plays a boxer and from the looks of the poster and trailer, you have managed to create the right physique for her. How long did it take for you to train Priyanka for playing Mary Kom?

SJ: My brief was not to make her look too bulky as in India people get put off by it. I wanted to retain her femininity but at the same time make her look like a boxer too. The right balance was essential.

The prep lasted for about four-and-a-half months before she started shooting for the film. I was travelling with her throughout this time as the training could not have any breaks, it had to be consistent.

Priyanka has confessed that she does not like working out and she hardly goes to the gym as she does not put on weight. How did she cope up with your training?

SJ: Yes, Priyanka is surely not a gym rat. Before we started, she had done a bit of cardio exercises but not really trained. So my training was a total shock to her body. But she was a thorough professional. While we were training, she lost her father who she was very attached to and we all thought that things will come to a halt but she was back to the grind within a few days which is commendable.

How intense was it?

Priyanka was busy with other projects too when we started her training which she could not put on hold so we had to plan the schedule around it. We made sure that there were no gaps so even after a long day of shoot she would train at late hours just to be on the right track.

My programme included a lot of functional training, stretching to improve flexibility, hi-rep training to increase her stamina and core workouts. She had to learn boxing for which a boxer was hired. So she was doing two intense workouts in a day.

SJ: She had to alter her diet as she never really followed any such regimen in the past. She is someone who does not put on weight easily and earlier she wouldn't think much before eating a samosa. This was the first time that she was conscious of what she ate.

How closely did you monitor the real Mary Kom's life to get Priyanka to look like her?

SJ: I read the script twice to get my basic research right before I started training her for the film. I read how Mary Kom trained in real life, her body language, etc. but that could not be the way how I trained Priyanka as she is after all an actress and Mary Kom an Olympian boxer who has 15 years of training. So it was mostly training her in such a way that she could do justice to the biopic.

Watch the trailer below: