Women take note: Prevent cervical cancer before it takes over your life

More awareness is the need of the hour when it comes to cervical cancer. 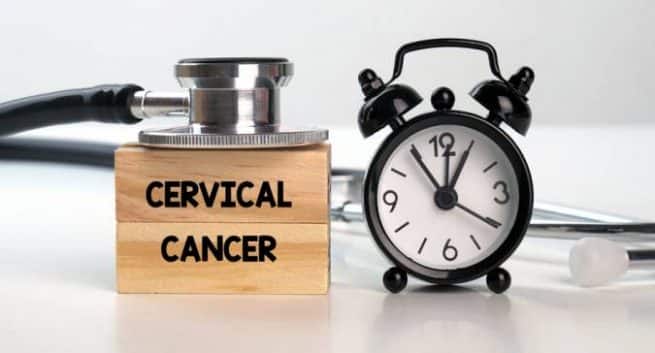 According to WHO, cervical cancer is the fourth leading cause of deaths from cancer in women worldwide and India accounts for a third of the deaths globally, with two women dying every 15 minutes. The cancer, which affects the opening of the uterus, can be treated effectively if detected early. Cervical cancer is commonly caused by an infection with specific high-risk types of the human papillomavirus (HPVs). Also Read - Is cervical cancer preventable and curable? Expert addresses all your queries

Even with such glaring numbers, Indian women have shied away from talking about the cancer, or taking precautions or getting themselves tested. Every year, nearly 2,000 women in India are diagnosed with last stage of cervical cancer and 1,200 women are diagnosed with early stage of cancer. According to a 2015 article in the International Journal of Women’s Health, it is the second-most common cancer in women aged between 15 and 44 years. Also Read - Beware! Unusual vaginal discharge could be a sign of cervical cancer

The reason for more women succumbing to cervical cancer is due to lack of awareness, early marriage, multiple sexual partners, multiple pregnancies, poor genital hygiene of both men and women, poor healthcare facilities, lack of testing facilities in rural areas, smoking and the like. These factors have attributed to the increase in cervical cancer amongst women in India. Also Read - Cervical cancer may soon be a thing of the past

Even though there are vaccines which have been introduced that are effective, they are unfortunately still not part of India’s National Immunisation Programme. The reason why people are not proactive is lack of awareness of the health implication of the disease across all classes of society, whether poor or affluent or well-educated. Even though the disease poses a threat to life, not many parents would think about getting their daughters vaccinated for cervical cancer during their teens.

Cervical cancer does not reveal any symptoms during its early phase. Only later does it begin to show symptoms such as vaginal bleeding, abnormal vaginal discharge, pain during intercourse, discharge of watery or thick and foul odour, pelvic pain, increased need to urinate, pain during urination and the like.

Cervical cancer can be screened through a pap smear test in which a sample is collected through a routine pelvic examination. A lighted microscope is used to examine the external surface of the cervix. Any abnormal area that is noted is scraped and the sample is sent to a pathologist to look for precancerous or cancerous changes. The next level of confirmatory test is HPV test which is prescribed if any abnormality is found in the pap smear. The same sample is used to check for the presence of human papillomavirus.

A pap smear is recommended for women between 21 and 29 years once every three years. In case a woman is between 30 and 65, a pap smear+HPV test is recommended once every five years. It is important that there should be larger campaigns and education imparted to increase knowledge and awareness about HPV-associated cancers nationwide. This can promote prevention through vaccination of the adolescent population. This will help reduce HPV infection and cervical cancer-related stigma, enabling successful implementation of screening and vaccination programmes which can help to reduce the burden and mortality caused by cervical cancer.

Latest development in cancer diagnosis: one blood test to screen for eight types of cancer