Home / Health News / Position of the head does not affect recovery from stroke, reveals a study

Position of the head does not affect recovery from stroke, reveals a study

The study busts the common myth that lying flat improves recovery by increasing the blood flow in the main arteries to the brain.

However, the trial by The George Institute for Global Health in association with Christian Medical College, Ludhiana, conducted on 11,000 patients worldwide across nine countries concluded that the position of the head does not affect outcomes. The worldwide results indicate that disability outcomes after acute stroke did not differ significantly between patients assigned to a lying flat position for 24 hours and patients assigned to a sitting-up position with the head elevated to at least 30 degrees for 24 hours. Dr Jeyaraj D Pandian, Honorary Professor, The George Institute for Global Health and Head of Neurology, Christian Medical College, Ludhiana is one of the lead authors of the paper. The study results have been published in the New England Journal of Medicine. (Read: Striking them young: Docs see one case of brain stroke a day) Also Read - Regular afternoon nap can keep your brain sharp - Reality or myth?

Lead investigator Professor Craig Anderson of The George Institute of Global Health, Sydney said: Many stroke specialists believe that the way the body is positioned after stroke makes a difference to their patient s recovery. But, there was really no conclusive evidence to back this up. We know the first 24 hours of care post-stroke is crucial to recovery, so it was vital to find out if sitting up or lying down flat could make any difference.

National Lead Principal Investigator Professor Jeyaraj D Pandian, Honorary Professor, the George Institute for Global Health & Head of Neurology at Christian Medical College, Ludhiana stated that Head position does not matter so much over and above good nursing care. It does not help with recovery, with mortality or how a patient feels. However, we also found there were no significant harms associated with either lying down flat or sitting up. Here’s everything you should know about stem cell therapy for stroke.

The study is the largest ever randomised nursing care trial and took place at 114 hospitals in nine countries (UK, Australia, China, Taiwan, India, Sri Lanka, Chile, Brazil, Colombia). Professor Pandian added. Patients were either assigned to lie flat with their face upwards or with their head raised to at least 30 degrees during the first 24 hours after being admitted to the hospital for a stroke. They were then assessed 90 days later. From India 499 patients were enrolled from 6 stroke centres (Christian Medical College, Ludhiana; PGIMER, Chandigarh; Dr Ramesh Superspeciality Hospitals, Guntur; SCTIMST Trivandrum and Baby Memorial Hospital, Calicut). Professor Anderson said the results were very reassuring to lower to middle-income countries, where lying flat is more commonly practised due to the lack of motorised beds.

What we found is that patients found lying flat somewhat uncomfortable, but it certainly didn t make their condition any worse. Our findings suggest a review of current clinical practice guidelines is warranted, Professor Pandian added.The majority of patients who took part in the study had mild to moderate severity strokes, with an average age of 68 years. This global trial was funded by National Health and Medical Research Council of Australia. Also read about 7 symptoms of a stroke you should not ignore. 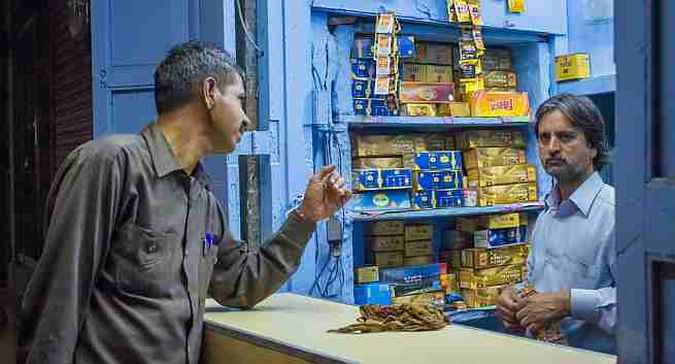