Over 400 eminent scientists from 80 countries have backed an ambitious global plan to eradicate polio, a disease that once maimed and killed millions across the world. The polio eradication campaign s

Over 400 eminent scientists from 80 countries have backed an ambitious global plan to eradicate polio, a disease that once maimed and killed millions across the world. The polio eradication campaign still has several hurdles particularly in third-world countries like Pakistan where the vaccination campaign is opposed by local extremists who see vaccination as American propaganda to sterilise or kill young children. Also Read - Poliovirus type 3 wiped out globally, announces WHO

There are also some doubts about funding, but scientists believe that these obstacles can be overcome and in the future ‘no child will ever again be crippled by this disease’. Also Read - What is World Immunization Week?

According to the Independent, launching the Scientific Declaration on Polio Eradication, they called on governments, international organisations and philanthropic individuals to fund 5.5 billion dollars to help eliminate the few remaining cases of polio and end transmission of the disease by 2014, so that the world may be declared polio-free in 2018. The goal is remarkably close. After a quarter century of eradication efforts the number of cases has fallen more than 99 percent, from 350,000 in 1988 to 223 in 2012. Also Read - India: 46 % kids die due to communicable diseases

There are just three countries remaining where the disease is still endemic, Afghanistan, Pakistan and Nigeria compared with 125 in 1988. But there remain huge barriers. The global eradication effort has already missed four deadlines for elimination of the disease – often because funds fell short and polio resurged, the report added.

However, if we are analyse India’ victory over the polio –the country has been polio-free for two years – there’s optimism in the air that soon we will be able to eradicate the disease from the face of the earth like small pox.

Polio or poliomyelitis is a communicable viral disease which affects the nerves and can lead to partial or permanent paralysis. It is transmitted through stool or saliva. The global effort to eradicate polio has been very successful and from 350,000 cases in 1988 only 40 cases were reported worldwide in 2012. There is no cure for the diseases though vaccination can prevent the disease for life. India has done remarkably in eradicating polio and from 2011 no new cases were reported. 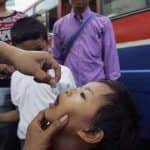 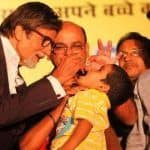 Polio: Do you know about the disease?