Prime Minister Narendra Modi on Friday said the mindset towards the differently-abled people must change and the word 'viklang' (disabled) should be replaced with 'divyang' (endowed with special faculties). 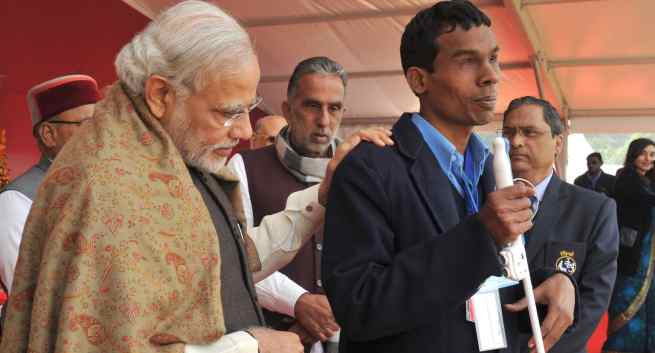 Prime Minister Narendra Modi on Friday said the mindset towards the differently-abled people must change and the word ‘viklang’ (disabled) should be replaced with ‘divyang’ (endowed with special faculties). What I want to do is change the mindset about differently-abled people. When I say let’s use the word ‘divyang’, it is about that change, he said at a public meeting here after distributing wheelchairs, electronic hearing aids and skill certificates to the differently-abled people. In his December 27 ‘Man ki Baat’, Modi had based his concept of ‘Divyang’ on the premise that the people with physical diabilities tend to develop special faculties that even the fully ‘able’ lack. We see a person’s disability with our eyes. But our interaction tells us the person has an extra power. Then I thought, in our country, instead of using the word ‘viklang,’ we should use the term ‘divyang’, Modi had said in his radio address of last month. (Read: International Day of People with Disabilities: How inclusive and accessible is our society?) Also Read - Coronavirus vaccine could be ready for India in few weeks, says PM Modi

The Department of Disability Affairs has since given a serious thought to changing the official terminology. The prime minister said his government has been working for the betterment of the poor ever since it was formed. We are constantly thinking about how development will reach the poor and how the lives of the poor will be transformed, he said. On day one of his government he had announced that it will always be there for the poor and for those who have faced struggles in life, Modi said. Upon learning that some people who were invited for the event had surrered a road accident, the prime minister had a special word for them. Some ‘Divyang’ sisters and brothers were to join us but the bus had an accident. Government will make arrangements for their treatment, he said. Prior to the meeting, he also flagged off Mahamana Superfast Express train which will run from here to New Delhi thrice a week. (Read: International Day of People with Disability: PM Modi salutes the spirit of differently abled individuals) Also Read - International Yoga Day 2020: Yoga asanas PM Modi swears by and how you can do them 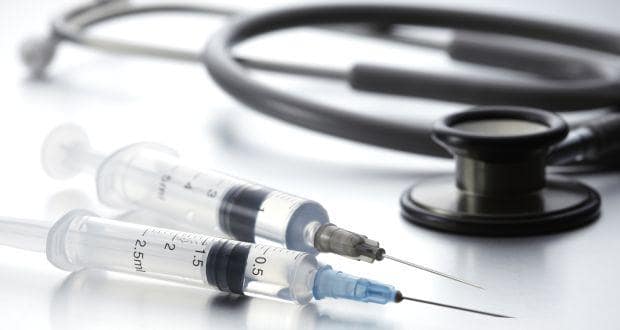