Home / Health News / Playing hard to get a tactic to find the perfect mate?

Playing hard to get a tactic to find the perfect mate?

A new study has found playing hard to get is part of a subconscious strategy to draw a good mate. Published by the European Journal of Personality, the research identified 59 ways in which men and

A new study has found playing hard to get is part of a subconscious strategy to draw a good mate. Published by the European Journal of Personality, the research identified 59 ways in which men and women manipulate their partners to get what they want and how and why these work, Daily Mail reported. Researches from the University of Western Sydney and Singapore Management University after quizzing 1,500 people for the study found the old adage – treat them mean, keep them keen – certainly seems true, especially so for women who used the tactics more than men. Also Read - What happens to your health if you stop having sex?

According to researchers, that can be explained by women having more to lose if they fall pregnant with a partner who is not committed to them, or because men fear they might lose out if they overplay the tactic. ‘Because a woman risks more in her sexual relationships than men do – pregnancy costs – she should want a mate who has higher value and is unlikely to leave her saddled with an offspring,’ the report said. Also Read - What are the pros and cons of dating someone from the same profession?

Among men and women, appearing very confident was the top-ranked tactic, followed by talking to others and third, withholding sex. Woman used several tactics more than men, including sarcasm, withholding sex, sounding busy, teasing, flirting with other people, using the answerphone and turning down the first few dates. While men were more likely to act snooty or rude, saying all the right things but not calling and not treating their prospective partner in the right way. Also Read - 5 signs of a commitment phobic person you need to know

25% docs in the USA use social media to explore medical info: Survey 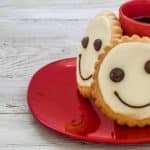 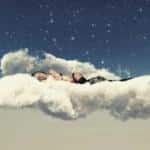