Placenta-eating rage: Newborns developing a form of sepsis from contaminated breast milk due to placenta capsules Beware, new mothers! A study has recently warned that consuming your own placenta soon after childbirth may be harmful. The findings, which are conducted by the Centers for Disease Control and Prevention, indicated that newborns were developing a form of sepsis from contaminated breast milk due to placenta capsules. The placenta’s job is to transport oxygen and other crucial nutrients to promote fetal growth, as well as filter toxins that might harm the fetus. Health experts led by an obstetrician from New York-Presbyterian/Weill Cornell Medical Center in New York City studied the consumption of this organ in various forms, including pills and it is cooked and found inadequate preparation could be insufficient to eradicate infections such as Zika, hepatitis and HIV. Also Read - Exercise during pregnancy can boost your kid's metabolic health

Lead researcher Amos Grunebaum said that as obstetricians, it’s important, to tell the truth, and the truth is that it’s potentially harmful and therefore, don’t do it. Human placenta”>placentas have been consumed in many forms: raw, cooked, roasted, dehydrated, steamed and capsule form, or in smoothies or other drinks, but the study found no health benefits to new mothers after consuming placenta”>placenta and went as far as to urge doctors to warn their patients against it. They further analysed dozens of studies about placenta”>placenta consumption and now advise obstetricians to discourage their patients from eating the placenta”>placenta in any form. Read here 12 ways your placenta helps your baby Also Read - Dos and Don'ts of prenatal yoga to keep in mind for a safe pregnancy

The researchers conducted a survey on placenta”>placenta consumption and found that nearly 54 percent of obstetricians and gynaecologists felt uninformed about the risks and benefits of the practice, and 60 percent were unsure whether they should be in favour of it. The CDC issued a warning about a case of a newborn developing recurrent group B Streptococcus sepsis after the mother ingested contaminated placenta”>placenta capsules. The research appears in the American Journal of Obstetrics and Gynecology. 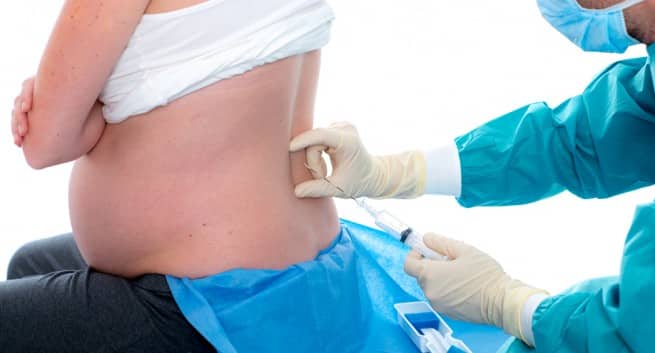 Are there any side-effects of epidural anaesthesia given during labour?