Pick up on cues, come out & fight depression bravely like Deepika Padukone 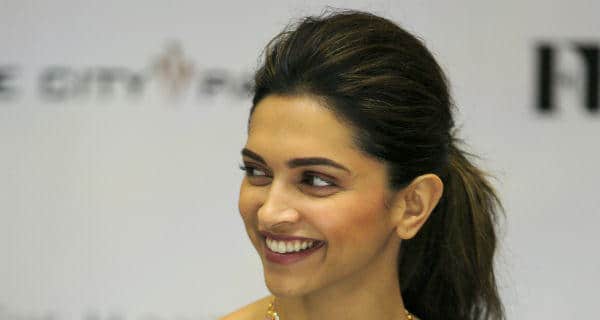 A smile is a curve that sets everything straight but you definitely didn't know these facts about a smile. Scroll through to find out.

Depression is a very common mental illness that affects every other person, but not many who suffer from it are aware of it. According to the statistics, in India one out of every five women and one in every 12 men is depressed, yet it is on one the most neglected diseases in the country. Various factors such as social non-acceptance and lack of awareness make it difficult for a common person to speak up about mental distress and depression. In a very bold, Bollywood actress Deepika Padukone spoke up about her battle with depression. Not only did she write a letter to a daily newspaper about her fight with depression but also gave a television interview about her struggle. In the interview, she revealed how she fought her battle with depression with the help of her friends and family together. She also voiced strong support to creating awareness about mental illness in the country. Also Read - 5 Reasons Why Self-Love Is Important For Your Mental Health

Coming out in the open and talking about her depression won her a lot of applauds from people worldwide. Adding to these praises was a special appreciation letter from a social activist called Reshma Valliappan. Reshma is a schizophrenic and fights for mental health and sexuality related issues. Also Read - How to beat stress during the Covid-19 pandemic: Eat more fruit and vegetables

In her heart melting letter, she tells us another side of the coin. The side that we seldom see. She explains the plight of people suffering from depression when it comes to how society deals with them. They are labelled mad and dangerous to the society, She writes,’ I also write in to tell you of some of my concerns about how society deals with mental health so different from other ailments. What many people don t know is that a person like me has no political or legal rights whatsoever. In the eyes of the law, I may as well be dead. I cannot vote, cannot marry, cannot sign a contract, and I can forget about getting a job.’ She further explains how people suffering from mental illnesses don’t have the right to choose their treatment and can be forced against the patient’s will to undergo electric shock therapies.

She also hailed Deepika for her efforts to create awareness and promised her that she is not alone in her fight. Deepika is the voice of many like Reshma, who fights with depression and other mental illnesses every day.

It is important for us to realise that understanding depression is half battle won.It is not just sadness or feeling low and can affect anyone. Many people around might suffer from depression, and you would not even realise it that they are depressed. It is a feeling of dejection, loneliness, helplessness that sets in a person due to an altered brain chemistry or function. Depression is a severe mental condition that needs medical intervention and doesn’t go away with simple mood lifting activities. However, there is a lot that can be done to prevent depression or a relapse of it. Here are a few things you can do to prevent depression:

1. Exercise regularly: Exercise is one of the best ways to clear your mind and it also an instant antidepressant. Any physical activity is known to trigger the release of hormones called endorphins which are also known as happy hormones.

2. Get enough sleep: It is important to get at least eight hours of shut-eye in the night to help the brain rest and rejuvenate. Lack of sleep alters chemical patterns in the brain triggering major mental illnesses. Though sleep deprivation is also thought to alter symptoms of depression, but its effect is short-lived.

3. Cut down your sugar intake: Studies have shown that sugar consumption can lead to oxidative stress that can hamper the brain s chemistry and set one up for depression.

5. Get professional help: If you think that dealing with stress and mood swings is taking a toll on your mental and physical well-being, it is wise to go for counseling rather than hesitating for help. Also, reaching out to your friends and family during this time, helps you to deal with this condition in a better way.

No. of swine flu cases slump in Gujarat as mercury reaches the 40-degree mark