Physical activity shown to be even more important later in life 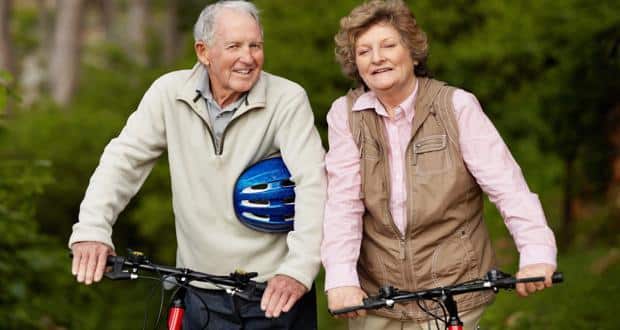 It's never too late to reap the benefits of exercise. That's the overarching conclusion from two separate studies that looked at the impact of physical activity in groups of men and women over the age of 30. In fact, one study out of Australia found that an inactive, sedentary lifestyle was the single most important contributing factor to heart disease in women between the ages of 30 to 90 -- more than bearing excess weight, high blood pressure or smoking, the other three global risk factors for developing the leading cause of death in high income countries.

Published in the British Journal of Sports Medicine, the study looked at different risk factors in 32,154 women from Australia. After factoring in the prevalence of smoking, inactivity, excess weight and high blood pressure and looking at relative risk data -- the likelihood of a woman with risk factors developing heart disease -- researchers concluded that from age 30 onwards, low levels of physical activity were responsible for higher levels of population risk than any other factors. (Read: Ten facts on ageing and the life course)

For women younger than 30, the most dangerous risk factor was smoking. The moral of the study? If all women over the age of 30 were able to able to fulfill their recommended weekly exercise quota of 150 minutes of moderate to intense physical activity, the lives of 2,000 women could be saved every year in Australia, researchers say. A smaller, separate study out of France came to a similar conclusion after looking at 40 healthy men between the ages of 55 and 70. For the study, researchers compared the heart health of men who said they began leading active lifestyles before the age of 30 to those who said they'd taken up sports after 40. The most popular activities were cycling and running. Overall, after conducting a series of tests that included maximal exercise testing, echocardiography tests and heart rate analyses, researchers found no difference between men who began exercising early in their adult lives and those who started later. (Read: Gallery: 10 tips to age healthy)

Results were presented at a meeting of the European Society of Cardiology in Amsterdam over the weekend. While researchers say that physical activity may not be able to reverse age-related damage to the cardiovascular system, they note that it can play a significant role in slowing the process down. 'But it's never too late to change your way of life and get more physically active,' said lead author David Matelot. 'This will always be beneficial for the heart and well-being. And there's no need for a high level of training for many hours a week. Using the stairs rather than the elevator, or gardening regularly, can also be beneficial.' (Read: Self-esteem The secret to healthy ageing)