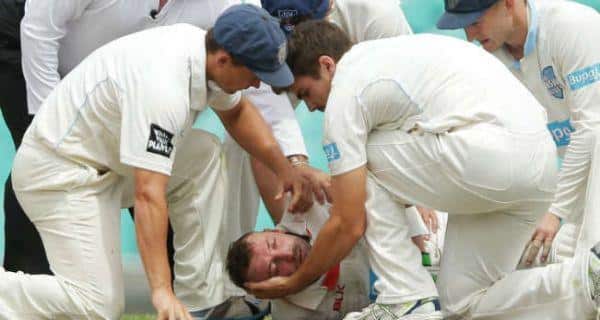 Two days after suffering a severe head injury during South Australia s Sheffield Shield match against South Wales, Australian batsman Phillip Hughes died in Vincents Hospital, Darlinghurst. Cricket Australia announced his demise in a statement that read,’We are extremely sad to announce that Phillip Hughes has passed away at the age of 25.’ Also Read - Ganesh Chaturthi 2020: 4 reasons an eco-friendly Ganesha is good for you

The video that captured his tragic head injury on the field shows how Hughes mistimed the shot and got hit on the lower left side of his head. He hit the ground within a few seconds after the blow. After attempts of reviving him on the field with CPR, he was flown to the hospital in a helicopter. (Read: Philip Hughes head injury video: How serious is his condition?) Also Read - ICC World Cup 2019: Common cricket injuries that can keep our Men in Blue out of field

He underwent a surgery and was placed in an induced coma. Reportedly, Hughes was wearing an older model of helmet, that could have allowed the ball to have such a huge impact, causing a skull fracture.

According to Cricket Australia, Hughes’family and close friends were around him when he passed away. He did not regain consciousness and died peacefully. As a cricket community we mourn his loss and extend our deepest sympathies to Phillip’s family and friends at this incredibly sad time.’

58% young adults in India don't think obesity is a disease

Ebola in Liberia: 26-year-old Indian dies due to Ebola infection in Liberia