PGIMER all set to get new satellite centre

New Delhi, July 6 (IANS): The Postgraduate Institute of Medical Education and Research, Chandigarh, will get new satellite centres at Sangrur and Ferozepur in Punjab, Union Health and Family Welfare M

An in-principle approval has been given to PGIMER to develop a 300-bed satellite centre at Sangrur which could be expanded to a 500-bed facility depending upon the load, Azad said at the golden jubilee celebrations of the institute in Chandigarh. A 100-bed satellite centre of institute will also be set up at Ferozepur, an official release, issued here, said quoting him. Also Read - Surgical technique named after Chandigarh doctor

To enable the institute to cope with the patient rush from all over the country, a 250-bed hospital is coming up in its Chandigarh campus that will also have more private rooms and 10 operation theatres, the minister said. ‘Over the years, PGIMER has fulfilled its mandate and gained reputation for providing the highest standards of clinical care,’ Azad said. Also Read - Pakistani prisoner Sanaullah Ranjay dies

Scientists find a protein that can kill E.coli

Now a drug resistant form of malaria could lead to an outbreak: Experts 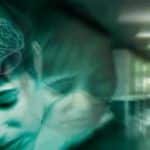 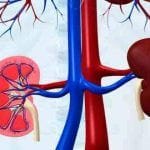