A euphoric high delivered by party drug mephedrone not only makes it extremely addictive but also prompts users to quaff massive doses to maintain the kick, says a study. "Combined with the fact me

A euphoric high delivered by party drug mephedrone not only makes it extremely addictive but also prompts users to quaff massive doses to maintain the kick, says a study. “Combined with the fact mephedrone is skyrocketing in popularity worldwide, our finding that high doses can cause ongoing cognitive impairment spells a significant risk for users,” said Craig Motbey, doctoral candidate at the The University of Sydney School of Psychology, who led the study. Also Read - Good news for lazy people: Being a couch potato may actually be good for your brain

Also known as ‘meow meow’ and ‘MCAT’, mephedrone’s immediate effect on the brain is similar to a combination of ecstasy and methamphetamine.  “You get the euphoria and touchy-feeliness of ecstasy together with the intense addictiveness of methamphetamine or cocaine,” added Motbey, the journal Public Library of Science ONE reported. Also Read - Beware: Marijuana may give you false memories and induce psychotic episodes

“The data from the brains of the first group of rats, who were examined only an hour after taking mephedrone, suggests it causes an immediate surge in serotonin, associated with feelings of euphoria, while slowing down the metabolism of dopamine, associated with addiction and stimulation,” said a Sydney statement. “Serotonin and dopamine are both neurotransmitters – chemicals that help transmit signals in the brain. So the serotonin disappears very quickly while the dopamine remains in the system longer. Also Read - Want to keep your mind sharp as you age? Find an optimistic partner

“The result is a user who is highly motivated, thanks to the addiction-related properties of dopamine, to recreate the intense but short-lived serotonin rush.  “This may help to explain the behaviour of users who frequently re-dose throughout a mephedrone session, often continuing until supplies of the drug are exhausted,” explained Moteby.

The current results provide evidence of mephedrone’s ability to damage memory. Rats were injected mephedrone once a day for 10 days. The brains from one group of rats were examined an hour after their final dose. Another group of rats had several more weeks of drug-free living and were then given behavioural tests to find signs of long-term cognitive impairment, before their brains were also analysed. “With this second group that lived drug free for an extended period we found a substantial memory impairment in animals that had been given the higher dose of the drug.  “This is concerning because it confirms earlier hints of memory problems in human mephedrone users,” said Motbey. “The fact the impairment was still there many weeks after the end of the drug treatment suggests that this damage may be permanent.

“So at this stage, we know there is a significant, persistent impact with this drug which is relevant to humans, but we don’t know why,” added Motbey. While memory impairment was only observed with rats in the higher-dosed group, this does not mean that mephedrone is safe at lower doses.  The research also provided a better idea of how mephedrone functions in the brain. 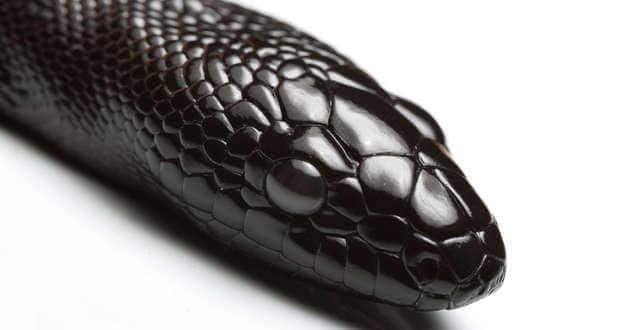 Snake venom - could it give rise to drugs that could treat cancer, diabetes and hypertension?