Angered at the gross irregularities in drug trials and the lapses in monitoring, a parliamentary panel lashed out at the government for failing to safeguard people who were taking part in clinical tri

Angered at the gross irregularities in drug trials and the lapses in monitoring, a parliamentary panel lashed out at the government for failing to safeguard people who were taking part in clinical trials. The major bone of contention was the US-based NGO called PATH (Programme for Appropriate Technology) which tested cervical cancer vaccines on tribal girls. It charged the government with inaction and allowed to carry out illegal trials in the guise of an observational project . Also Read -  Efficacy of COVID vaccine may land between 50-100 per cent, says ICMR

The trials were suspended following the deaths of five girls in Andhra Pradesh, and two deaths in Gujarat in 2009-10 after being administered the HPV vaccines. What is even more shocking is the fact that the vaccines were provided by Merck and GlaxoSmithKline and was in collaboration with the Indian Council of Medical Research (ICMR) the country s apex body for the formulation of biomedical research and was reportedly funded by the Bill and Melinda Gates Foundation! Also Read - Universal testing may help reduce COVID-19 infections: India tests over 3.2L samples in a day

The committee noted that the purpose of the tests were simply to promote the commercial interests of the manufacturers who would have made a lot of money if the vaccine was included in the government-run Universal Immunisation Programme.

The panel said in the report that it was a serious breach of trust by any entity and a violation of human rights of the girls who were unaware of the implications . The panel has also asked the government to notify WHO and UNICEF about the aforementioned violations. It also asked health ministry to take up the matter with the foreign ministry so that the US government could take appropriate action against PATH.

The report was also damning for the Drug Controller General of India (DCGI), the head of the CDSCO who it claimed remained a silent spectator even as its own regulations were being violated while there were also irregularities in the approval of the clinical trials, the import licenses and even the marketing approvals. While the issue was reported in 2010, the new report points to a horrendous amount of irregularities. It s almost as if than rather than acting as a regulatory body, the ICMR was acting actively to promote the interest of the HPV vaccine manufacturers.

The report also pointed out that the cases of serious adverse events (SAE) weren t monitored during the studies. Shockingly, the vaccines were given to children irrespective of age. The panel has demanded further tightening of regulations and stricter action against the wrongdoers and strict monitoring of SAEs.

Is the new Drugs and Cosmetics Act 2013 going to change things?

Interestingly, it was only yesterday that the Health Minister Ghulam Nabi Azad introduced the Drugs and Cosmetics (Amendment) Bill 2013 in the Rajya Sabha which aims to bolster the country s drug regulatory system by setting up a Central Drugs Authority an overarching body to regulate the drugs and cosmetics sector that will be headed by the secretary of the health ministry.

The amended bill is a comprehensive legislation to cover various aspects of drugs and cosmetics including regulation of clinical trials and the medical equipment sector, having separate chapters on clinical trials and medical devices. The CDA will specify regulations and norms for effective functioning of central and state drug licencing authorities and will periodically assess their functioning. It can also review, suspend or cancel any permission or licence for drugs and cosmetics manufacturing. The new Bill also proposed centralised licencing in respect of 17 categories of very critical drugs. The Bill also contains a separate Chapter for regulatory provisions for medical devices and for regulating clinical trials and exports of drugs and cosmetics. While no person can conduct any clinical trial for a new drug or medical device or cosmetic, the Bill contains severe penal provisions for its violations that include imprisonment of maximum 10 years and penalty of up to Rs 30 lakh. The new bill excludes all provisions relating to AYUSH (Ayurveda, yoga, unani, homeopathy and siddha) drugs for which a separate Bill will be brought in Parliament.

Drugs and Pharma Hall of Shame

Here are some events from the past two years that have shown the country s apex body for drug regulation in bad light:

Pioglitazone ban: The popular anti-diabetic ban was banned with analgin and deanxit, which drew widespread condemnation from the pharmaceutical industry. The drug was banned after one Dr V Mohan, a Chennai-based diabetologist and Chairman of Dr Mohan s Diabetes Specialities Centre, claimed that he found eight cases of bladder cancer linked to pioglitazone use. You will agree that as far as human lives are concerned, it does not matter even if only a few people develop bladder cancer and die. The drug was quickly banned without even consulting the Drug Technical Advisory Board. After much, hue and cry the ban was revoked.

Too many drugs being approved: On an average, the DCGI (Drug Controller General of India) is approving one drug every month without trials. This cannot be in public interest by any stretch of imagination, the panel observed. It also gave examples where the opinions of experts were based simply on personal perception . Some of the recommendations were so blatantly one-sided that it seemed like they were written by pharma companies.

Too few qualified drug-inspectors: A parliamentary standing committee had also lashed out at the lack of quality and quantity of drug inspectors. The Parliament Standing committee said it was absolutely irrational to give a pharmacy graduate who doesn t have any clinical or research experience the authority to approve drugs. The headquarters is staffed by four deputy DIs and five assistant drug controllers. These nine officers alone handle 20,000 applications, over 200 meetings, attend to 11,000 public/industry representatives, and respond to 700 Parliament questions and around 150 court cases annually. 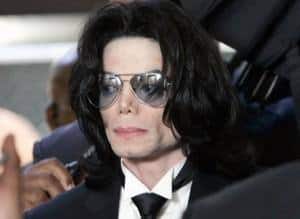 Lack of sleep in the night can severely affect your brain functioning!