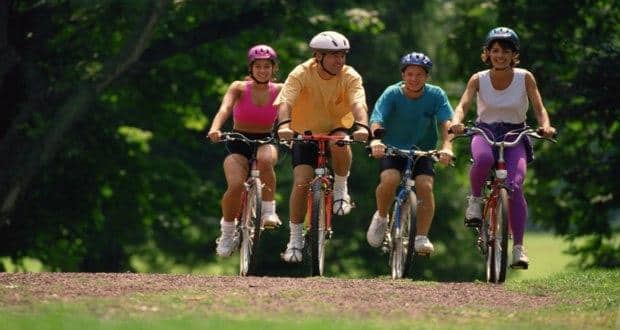 Parents can now be rest assured that leading by example will help their lazy kids. A new study has found that in order to spur their lazy kids' on, parents should set an example themselves. Kristen Holm, assistant professor of medicine at National Jewish Health - Denver, Colorado, and her colleagues report that, when parents increase their daily activity, as measured by a pedometer, their children increase theirs as well. "It has long been known that parent and child activity levels are correlated," said Holm. "This is the first intervention-based study to prospectively demonstrate that when parents increase their activity, children increase theirs as well. The effect was more pronounced on weekends".

In the study, 83 families were enrolled in a family-based intervention designed to prevent excess weight gain among overweight and obese children aged seven to 14 years. Parents and children participated in a programme-based on the small-changes approach promoted by the America on the Move initiative. Children and parents were encouraged to increase their physical activity by walking an additional 2,000 steps per day. Mothers in all 83 families participated in the programme, while only 34 fathers participated.

On days that mothers reached or exceeded their 2000-step goal, children took an average of 2,117 additional steps, compared to 1,175 additional steps when mothers did not reach their goal. Father-child activity showed a similar pattern. Overall, for each 1,000 additional steps a mother took, the child took 196 additional steps. The effect of parental activity was most pronounced on Saturdays and Sundays. The researchers speculate that this increased effect may occur because parents and children exercised together more frequently on weekends, and that weekends may be a particularly effective time for parents to foster additional activity by their children.