Paralysed IAF cadet to be commissioned after Defence Minister’s intervention

As a special case, Defence Minister A.K. Antony has cleared the commissioning of a paralysed Indian Air Force (IAF) flight cadet as a ground duty officer, government sources said Saturday. According to sources in the defence ministry, Antony has approved a proposal of the IAF chief, Air Chief Marshal N.A.K. Browne, to rretain and commission Flight Cadet Herojit Singh, who was paralysed waist downwards after a flying accident during his training at Air Force Station Hakimpet Aug 28, 2011. Also Read - Want to be fit as a fighter pilot in 11 minutes? Start with this workout routine

The flight cadet will be commissioned in the accounts branch. The cadet, from Manipur, was an achiever at the National Defence Academy and at the Air Force Academy, Dundigal, where he was training to fly fighter jets before he met with the accident, which broke his spinal cord, said officials. Singh is currently in a military hospital at Kirkee and can move around in a wheelchair. His intellectual and motor capabilities are fully intact, said officials. Also Read - People with disabilities seek political partake, inclusion

Singh not only had a meritorious record, with exceptional performance in all fields during service training he was also adjudged ‘The Most Accomplished Flight Cadet’ of his course. Singh will undergo a six months of training in the accounts branch at Air Force Academy, Dundigal, Hyderabad, from Jan 9, 2013. Also Read - Stronger older adults may prevent future disability, claims study 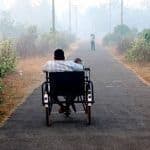 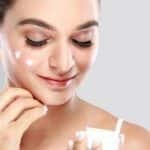