Paralysed but not helpless – ‘And The Fight Goes On’

Paralysed from the neck down for the last 25 years, this former fighter pilot has become an inspiration for many. The story of M.P. Anil Kumar, who has refused to give up on life, is now out in a docu

Paralysed from the neck down for the last 25 years, this former fighter pilot has become an inspiration for many. The story of M.P. Anil Kumar, who has refused to give up on life, is now out in a documentary fittingly called ‘And The Fight Goes On’. Anil met with a road accident in 1998 and has since been at the military’s Paraplegic Rehabilitation Centre in Pune. But Anil held out. Over the years, he learned to use a computer with a special stick that he holds in his mouth and now writes articles. An initiative by his classmates, the 30-minute documentary tells the world that nothing can beat determination. Also Read - How to let your specially-abled child be independent

‘I had no clue who this person was when I was told that I have to make a film’ Socrates Valath, director of the documentary, told IANS. ‘The producer told me on our way to Pune that only his neck can move. When I saw him, all I did was to look at his eyes and nowhere else. We felt instant liking for each other.’ The director is ‘proud’ that he made the film ‘because it tells the tale of a really determined character who has fought his way in the worst of his times’. ‘I will never speak about the creativity part of the film, even though I am a director because the film talks about a ‘super personality’ and this should be seen by all, on how simple he makes his life look,’ added Valath. Also Read - Relationship apprehensions of specially abled women as explained by a psychiatrist!

Anil, from the 1981 batch of the Sainik School in Thiruvananthapuram, was always good in academics. He passed the 65th Course in NDA, Khadakvasala, with flying colours – being adjudged the best Air Force cadet and also won a gold medal for aerobatics before becoming a fighter pilot. The Maharashtra government had included Anil’s journey in a Class 10 English textbook, while the Kerala government included it in the Class 7 English textbook. Also Read - Scientists design smart chip that transmits brain signals wirelessly to help patients with Parkinson's

His classmate and producer K.S. Haridas said it was not easy to convince Anil to face the camera for the documentary. ‘It was with great difficulty we convinced him for the film because he is not so keen about any sort of publicity,’ said Haridas, who has decided to send the film to as many documentary film festivals as possible. Made in both English and Malayalam, his classmates want to premiere it at their alma mater Old Boys Association reunion meeting at the end of the month. ‘In December, we are planning to have our batch get-together at Pune so that Anil can attend,’ said Haridas.

'People need to get less emotional about antibiotics' 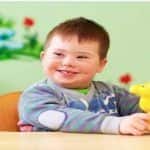 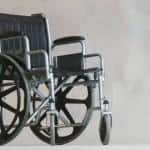 Relationship apprehensions of specially abled women as explained by a psychiatrist! 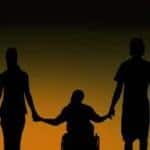 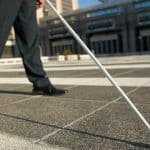