Yasin Anjum Rafi, a 22-year-old soccer enthusiast from Lahore in Pakistan, will now be able to run again, thanks to a Delhi hospital which performed a knee ligament surgery on the youth. Rafi, who is

Yasin Anjum Rafi, a 22-year-old soccer enthusiast from Lahore in Pakistan, will now be able to run again, thanks to a Delhi hospital which performed a knee ligament surgery on the youth. Rafi, who is the 22nd member of his family to undergo an orthopaedic surgery at an Indian hospital, was operated upon at Delhi’s Apollo Hospital Tuesday. Twenty-one other members of his family have undergone either knee or hip replacement here earlier. ‘Rafi’s 77-year-old grandmother, brother, brother-in-law, aunt and several other members of his extended family have undergone hip or knee replacements in Apollo Hospital. So far, 22 members of his family have undergone surgeries,’ Rajeev K. Sharma, senior orthopaedic and joint replacement surgeon, Apollo Hospital, said. Also Read - Ganesh Chaturthi 2020: 4 reasons an eco-friendly Ganesha is good for you

Most of Rafi’s family members are hockey and soccer enthusiasts. ‘Young sports persons often suffer from ligament fracture. In Rafi’s case, he continued to play even after a ligament tear until one of his knees was swollen and he could hardly run. He required immediate surgery,’ Sharma added. Also Read - 7 reasons why the #BeefBan is good

Thanking Indian doctors for the surgery, Asma Anjum, Rafi’s mother said many Pakistanis who wish to come to India for health-related issues face visa hassles. ‘Many times, we don’t get visa when we want to come to India in an emergency. Many from our country (Pakistan) would like to get treated here, especially for joints-related problems. Expert doctors are available in hospitals here,’ she said. Also Read - New test can eliminate need for surgery to diagnose ovarian cancer

Sharma said that he performs about 100 surgeries on Pakistani patients a year, which can be increased substantially if visa issues are solved. ‘Unlike other patients from Afghanistan or Bangladesh, the visa issues are faced more by those coming from Pakistan,’ Sharma said. 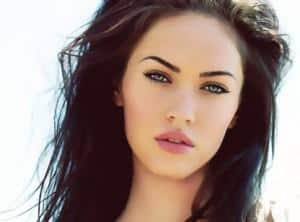