Pakistan observed the World Polio Day on Thursday with an aim to raise awareness among masses about the damage of polio besides gathering support to boost the eradication efforts. 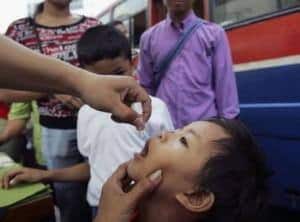 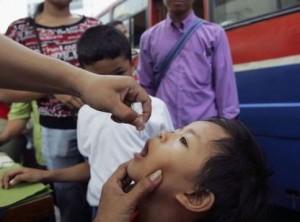 Pakistan observed the World Polio Day on Thursday with an aim to raise awareness among masses about the damage of polio besides gathering support to boost the eradication efforts. Also Read - World Polio Day: Don’t neglect your child’s vaccination in the times of COVID-19

Pakistan is one of the four countries where polio remains endemic, and where many immunisation campaigns have failed to achieve their target, Xinhua reported citing the World Health Organisation (WHO) reports. Also Read - 7 reasons why the #BeefBan is good

In March 2012, the WHO warned Pakistan that if the polio virus was not controlled, it could face serious consequences including travel and visa restrictions by a group of countries across the world.

The warning came after at least 198 polio cases, 30 per cent of global cases, were reported in Pakistan in 2011.

Since the start of this year, at least 52 polio cases have been reported so far from across the country with majority of the cases coming from the militancy-hit northwestern tribal regions.

According to a official, the government has ordered the authorities to reach every child to protect them from this crippling disease.

‘Over 16 million children under the age of five were administered drops during the three-day polio eradication drive in the country,’ the official said.

The government and development partners claimed to make all possible efforts to make Pakistan a polio-free country and also urged the general public to come forward and support the cause.

Pakistani government has also initiated a move to get the support of parliamentarians, media persons and religious leaders to convince the people who had been refusing to vaccinate their children.

The eradication of polio virus in Pakistan has wider implications on its neighbouring countries like India, which has been taken off the list of polio endemic countries in February 2012. India reported the last wild polio virus type 1 case in Howrah, West Bengal, in January 2011.

Despite being one of the three polio endemic countries, various organisations in the state still haven’t embraced polio vaccination. Forget embraced, there is a common belief that the polio vaccines are in fact, part of a conspiracy to destroy the Islamic way of life and this is leading to fatal attacks on polio vaccine workers including women. Pakistan needs its female polio vaccine workers because strict laws that prevent women from talking to strange men can be circumvented with female workers.

But the show will go on

Government agencies however won’t shut down the operation despite UN and WHO pulling out till further notice. This hasn’t deterred the government of Pakistan which will continue its immunisation programme. On Thursday, the state deployed 3000 police personnel to protect the 6000 polio volunteers as they went about their business to give more drops. ‘It would have been an easy thing for us to do to stop the campaign,’ said a government official. ‘That would have been devastating.’

Pakistan only has to look to its neighbour to realise the tremendous success of the polio vaccination drive. India was one of the most polio-stricken countries in the world but massive vaccine drives have managed to eradicate the disease and the country has been polio free for the last two years! (Read: Pakistan hope to pick up polio fighting tips from neighbours India) 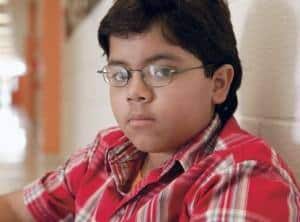 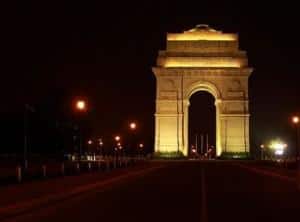