The study is the first to compare the use of short-acting opioids, which immediately release the drug, taken every four to six hours, and long-acting opioids, which slowly release the medication and are taken every eight to 12 hours. The 81 men involved in the study were between 26 and 79 years old (median age 51) and were seen in the chronic-pain clinic at Kaiser Permanente’s Santa Rosa Medical Centre, California (KPSRMC), between January 2009 and June 2010, the Clinical Journal of Pain reports. Also Read - Using cannabis as painkiller can lead to withdrawal symptoms. Try these herbs instead

All of the participants had been on a stable dose of an opioid for at least three months, and none had a previous diagnosis of low testosterone. A larger retrospective study of more than 1,500 male pain patients is currently under way, according to a KPSRMC statement. ‘There’s a large gap in the evidence base with regard to opioids,’ said Andrea Rubinstein from the departments of chronic pain and anesthesiology, KPSRMC. ‘More safety and efficacy studies are needed. We need to know how we can prescribe these very useful medications in a way that brings the greatest benefits to our patients, without introducing additional risks.’ Also Read - Increasing opioid dosage may not help in reducing non-cancer pain

Once prescribed primarily to cancer patients, the use of opioid-based medications such as oxycodone (Oxycontin) and hydrocodone (Vicodin) for treating chronic, non-cancer pain has increased dramatically in recent decades. An estimated 4.3 million Americans use opioids on a daily basis for pain. ‘For years, doctors have been encouraged to prescribe long-acting opioids rather than short-acting opioids because we believed they were safer, had less abuse potential, and offered more consistent pain control, but no study has ever been able to support this practice,’ Rubinstein said.

A healthy young man should have testosterone levels between 300 and 800 nanograms per decilitre (ng/dL). Low testosterone, also known as hypogonadism, was defined as lesser than 250 ng/dL. A decilitre is one-tenth of a litre.

Soft drinks can cause tooth decay 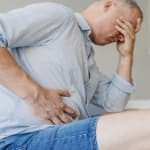