A new study has found that oxytocin – labelled the ‘love hormone’ by some – can encourage fidelity. German researchers discovered that men in monogamous relationships who were given doses of o

A new study has found that oxytocin – labelled the ‘love hormone’ by some – can encourage fidelity. German researchers discovered that men in monogamous relationships who were given doses of oxytocin spray stayed away from an attractive women they didn’t know, compared with monogamous men who were given placebo. Also Read - Oxytocin: Know the benefits of this love hormone

The spray however had no effect on the distance that single men chose to keep between themselves and attractive women, MyHealthNewsDaily reported. ‘The results suggest the hormone promotes fidelity in humans,’ said study researcher Dr Rene Hurle­mann, of the University of Bonn. In humans, oxytocin also promotes the bonding between mothers and their child, increases trust and reduces conflict between couple. In fact, an earlier research suggested that measuring a couple’s oxytocin levels could actually help predict the length of their relationship. Also Read - Unregulated supply of love hormone can increase your sex drive : Study

However, until now, there has been no evidence that a dose of oxytocin given after a couple gets together contributes to the maintenance of the relationship, the researchers said. The study involved 57 heterosexual males, about half of whom were in monogamous relationships. During the encounter, the experimenter moved towards or away from the men, and they were asked to indicate when she was at an ‘ideal distance’ away, as well as when she moved to a distance that felt ‘slightly uncomfortable’. Also Read - Love hormone effective in treating postpartum depression

The study was published in The Journal of Neuroscience.

UP govt loses encephalitis battle due to red tape 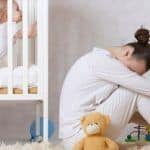