Over six million children in Karnataka get polio drops on Sunday

6.4 million children in Karnataka received polio drops on Sunday. About 10 lakh could not be covered by the Pulse Polio drive because it was the weekend. However, they should receive their drops withi

6.4 million children in Karnataka received polio drops on Sunday. About 10 lakh could not be covered by the Pulse Polio drive because it was the weekend. However, they should receive their drops within the next three days. ‘We have administered polio drops to 64.47 lakh children across the State. The remaining 10 lakh will be covered during the house-to-house visits over the next three days,’ said the senior official. A total of 85.49 percent of the targeted children received their drops. Also Read - Poliovirus type 3 wiped out globally, announces WHO

Districts such as Mysore, Kodagu, Udupi achieved more than 90 per cent coverage on day one, while the turnout in North Karnataka districts was a little worse and achieved less than 75 per cent coverage. Also Read - What is World Immunization Week?

The rest of the children, the official added, will receive polio drops through door-to-door campaigns. This will take place for three days in rural areas and two days in urban ones. After that, another round is scheduled on Feb 24. Also Read - Government postpones polio immunization programme

Physiotherapy needs to be advanced: Ansari 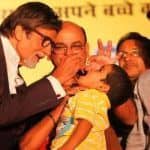 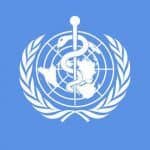 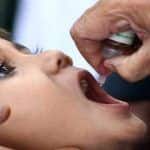 India to be certified 'polio-free' by the WHO in february 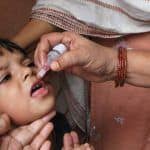