Chennai based Orchid Chemicals and Pharmaceuticals Ltd has transferred the intellectual property (IP) related to an antibiotic discovery programme to Europe-based Allecra Therapeutics, confirmed a top

Chennai based Orchid Chemicals and Pharmaceuticals Ltd has transferred the intellectual property (IP) related to an antibiotic discovery programme to Europe-based Allecra Therapeutics, confirmed a top company official. Also Read - Antibiotic resistance: Your kitchen sponge could be the new weapon against it

‘We have completed the in-house animal trials on the proposed drug. We have transferred the IP to Allecra in a cash-cum-stake deal. We will hold around 20% stake in Allecra and receive around $1 million in cash soon,’ said K Raghavendra Rao, Chairman and Managing Director of Orchid. Also Read - Rising antibiotic resistance taking India to pre-antibiotic era, say experts

Under the terms of the agreement, together with shareholding and cash payment, Orchid is eligible to receive further royalties and exit bonuses based on Allecra’s progress. Also Read - This predatory bacteria can tackle antibiotic resistance, shows study

Rao said Allecra would take necessary steps needed for the development of the new drug. He added that once the drug is ready for commercial production, Orchid would be the preferred manufacturer.

‘It is for Allecra to decide whether the drug will be launched by it or to licence it further. If Allecra does not take forward the drug discovery programme within a reasonable time, then the IP will come back to us,’ Rao added.

On the reason for Orchid transferring the IP, Rao said the company did not have deep pockets for the end-to-end new drug discovery process.

Allecra is a bio-pharmaceutical company in the area of development of novel antibiotics to combat multi-drug-resistant bacterial infections.

In August 2012, Orchid sold its penicillin, penem active pharmaceutical ingredients (API) business and the API facilities in Maharashtra along with the R&D facilities here for around $200 million to Hospira, a global leader in injectibles space.

Beware – fame and fortune can shorten your lifespan! 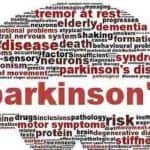 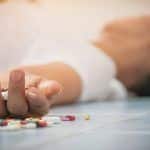