Home / Health News / Only 51% Indians use toothbrush and toothpaste!

Only 51% Indians use toothbrush and toothpaste!

September 12th is celebrated as World Oral Health day. It is time we realize that oral health is important for our overall health too.

September 12th is celebrated as World Oral Health day. It is time we realize that oral health is important for our overall health too. Also Read - Oil pulling: Get to know the benefits of this ancient Ayurvedic remedy

A consumer attitudes survey conducted recently by the Indian Market Research Bureau (IMRB) revealed that only 47 percent of total treatments received are by dentists. More than half those with dental problems prefer to take advice from chemists and general practitioners, or use home remedies. Also Read - Worried about receding gums? Try our effective home remedies

Moreover, 65 percent of the respondents had no clue that eating habits could cause dental problems.

“Only a handful of people across the country take oral healthcare seriously. For the most part, Indians only approach a dentist when faced with a crisis, and usually only after they turn 40. Then, they blame dentists for expensive and prolonged sessions,” says Ajay Sharma, senior consultant, Department of Dentistry, Max Health Care.

“Lack of awareness on dental care is a serious issue in India. The government should set up primary health care centres in rural areas to promote oral hygiene,” Sharma said.

Dentists also pointed out that many in rural areas still use their fingers, brick powder or neem sticks for brushing teeth. Some of these things could actually be harmful.

“Oral care is important, but many take it for granted. It is important because the mouth is where the digestive system begins. People fail to understand the intimate connection between oral health and overall health. The mouth is the starting place for keeping bacteria out, and it should be properly maintained. The use brick powder and neem sticks just won’t serve the purpose,” says Anupama Dhawan, a consultant dentist who works at a clinic in Preet Vihar, east Delhi.

Dentists reiterate that problems in the mouth could easily affect the rest of the body.

Ashok Dhoble, honorary secretary general of the Indian Dental Association (IDA) said, “Oral health is very important and critical for one’s overall health. Yet it is often neglected. Gum disease is a bacterial infection. If not treated in time, it is capable of affecting other body organs through the blood stream.”

“People suffering from periodontitis (a gum disease) are at higher risk of coronary artery disease. The bacteria might enter the bloodstream while chewing or brushing and this would contribute to the formation of clots in the arteries, which can cause heart attack,” said Alka Yadav, consultant dentist, B.L. Kapur Memorial Hospital.

“Gum disease could also be a sign of diabetes. Diabetics are prone to have periodontal disease, if their condition is not under control,” Yadav added.

Offering a simple solution, Dhoble said: “As many people eat food away from their home, it may not be easy to floss or use a mouthwash to gargle. But it is easy enough to chew a sugar-free gum immediately after eating. This is something that could be carried around easily, and could supplement the oral care routine. It could easily help reduce the risk of cavities.”

“Research has shown that chewing sugar-free gum for 20 minutes after eating or drinking can help reduce tooth decay risk by up to 40 percent,” Dhoble said. 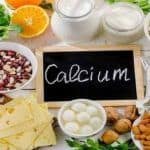 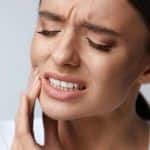 Are your cavities giving you sleepless nights? Get relief from the pain naturally