Home / Health News / One in every three Indians suffers from hypertension–are you one of them?

One in every three Indians suffers from hypertension–are you one of them?

Hypertension is one of the major lifestyle diseases which takes a huge toll on one’s health. Previously thought to be a prevalent only in western countries, the number of hypertension cases is increasing rapidly in India. An unhealthy lifestyle that includes a sedentary routine, eating high-fat food, lack of exercise all these factors contribute to high blood pressure. A new study has revealed some shocking results. Also Read - Phytoceramides: Facelift in a bottle? Here’s what a Dermatologist has to say

It says that one in every three Indians suffering from hypertension and heart ailments responsible for over 30 percent of deaths in the country, cardiovascular diseases (CVDs) are acquiring epidemic proportions in India, warn experts. Hypertension is a silent killer; all the comorbidities, whether heart problems, brain stroke, kidney or stroke, are produced because of uncontrolled blood pressure, Cardiological Society of India (CSI) president and eminent cardiologist H.K. Chopra told IANS. According to a recent CSI survey that covered 200,000 people across 24 states, one third of the country’s population suffers from hypertension – the main cause of comorbidities like heart and brain strokes – and compounding the misery, a whopping 60 percent of them are unaware about the malady. Also Read - COVID-19 Live Updates: Cases in India surge to 80,88,851 while death toll reaches 1,21,090

Raising a red alert about the steep rise in hypertension, Chopra and other cardiologists blame faulty lifestyle, especially the intake of salt well beyond the permissible limits, for the proliferation of the malady that has been affecting the younger generation with alacrity. It’s a red alert for the country. Hypertension is rising very steeply in India to the extent of 20 to 40 percent annually. The intake of heavy doses of salt is an enormous contributor towards this widespread hypertension. Chips, wafers, snacks and sauces – they have now become the young generation’s staple diet. Coupled with lack of physical exercise, wrong eating habits have led to hypertension now reaching an alarming proposition, said Chopra. Here s a detailed account on medicines for hypertension and their side-effects.

Cardiologist Rama Krishna – associated with New Delhi’s AIIMS – pointed to the large-scale unawareness among people about risk factors of heart diseases. The most disturbing fact is that as many as 60 percent of those having hypertension are not at all aware that they are suffering from high blood pressure. Besides, 42 percent of the population suffers from uncontrolled hypertension despite medication, Rama Krishna told IANS. The study has also revealed that 25 percent of the people aged 31-45 suffer from undetected hypertension. Cardiologists attribute the high unawareness level to the myth that hypertension and cardiovascular diseases affect only the elderly.

It’s a widespread myth that hypertension and CVD affect only the elderly. I myself have attended on several patients who suffered a heart attack and are not even 30 years of age. In fact, the grim situation across the country concerning hypertension and CVD is only due to this myth, CSI general secretary Mrinal Kanti Das told IANS. There is widespread lack of awareness and CVD is on the verge of becoming an epidemic in the country. In 2014, more than 30 percent of the deaths in India were due to heart-related ailments. Unless immediate and elaborate steps are taken, controlling the proliferation of the diseases will become near impossible, said Das, attached to several city hospitals. (Read: 10 diet tips for hypertension)

With India, along with 194 countries, pledging to reduce premature mortality through non-communicable diseases (NCDs) – including CVD – by 25 percent by 2025, cardiologists say the focus needs to be on secondary prevention. If India has to achieve the 25/25 target, the main focus has to be on secondary prevention of risk factors – hypertension, diabetes, cholesterol and obesity, said Chopra. Obesity and weight-related issues are fast catching up with youngsters, especially schoolchildren. That’s why we need to target schoolchildren to spread awareness. We need to change our lifestyles, especially our food habits. Salt intake has to be curtailed at any cost. Physical exercise is a must. Yoga must be made mandatory in all schools and colleges and, if possible, yoga classes should also be held regularly in all offices, added Chopra. Read about 10 fruits and vegetables that are good for people with hypertension

In its bid to promote a healthy heart lifestyle, the CSI has also launched a book – Ten Commandments for Creating Heart-Healthy Homes , available in English and 10 Indian languages. Created according to World Heart Federation guidelines, the book contains instructions for developing a healthy heart lifestyle like following dietary doctrine, exercising and promoting a healthy environment. It also has details about calorific values of various fruits, beverages and vegetables, recommended dietary allowances and ways and means to prevent and control coronary heart disease risk factors. Read about herbal remedies for hypertension

Even as he exuded confidence of India walking the right path towards achieving the 25/25 target, union health ministry’s Deputy Commissioner (NCDs) Damodar Bachani lamented the lack of budgetary allocation. The funds allocated for health is just over one percent of the country’s GDP. Considering the delicate situation that the country is going through as regards CVDs and hypertension, the need is to create massive awareness across the country. There is a need for concerted effort between the government and other organisations to tackle this menace, said Bachani. (Read: Do you have a high BP? Do this to prevent its complications) 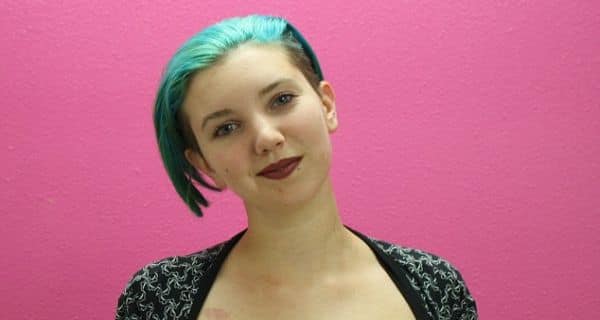