Women with low blood levels of EPA and DHA at the beginning of the study benefited the most from the supplements.

Taking certain Omega-3 fatty acid supplements during pregnancy can reduce the risk of childhood asthma by almost one third, says a study. The study found that women who were prescribed 2.4 grams of long-chain Omega-3 supplements during the third trimester of pregnancy reduced their children’s risk of asthma by 31 per cent. Long-chain Omega-3 fatty acids, which include eicosapentaenoic acid (EPA) and docosahexaenoic acid (DHA), are found in cold water fish, and key to regulating human immune response. We’ve long suspected there was a link between the anti-inflammatory properties of long-chain omega-3 fats, the low intakes of Omega-3 in Western diets and the rising rates of childhood asthma, said one of the researchers Hans Bisgaard from Copenhagen University Hospital, Denmark. This study proves that they are definitively and significantly related, Bisgaard said. For the study, the researchers analysed blood samples of 695 Danish women at 24 weeks’ gestation and one week after delivery. Also Read - Fish Oil Supplements May Up Risk Of Heart Rhythm Disorder If You Have High Blood Lipids

Also Read - Omega 3 deficiency and how to increase your intake

They then monitored the health status of each participating child for five years, which is the age asthma symptoms can be clinically established. The study used rapid analytical techniques developed and performed at the University of Waterloo in Canada to measure levels of EPA and DHA in pregnant women’s blood. The testing also revealed that women with low blood levels of EPA and DHA at the beginning of the study benefited the most from the supplements. For these women, it reduced their children’s relative risk of developing asthma by 54 per cent, showed the findings published in the New England Journal of Medicine. (Read: 8 ways to manage asthma in children effectively) Also Read - Increase your omega-3 intake to reduce death risk due to Covid-19 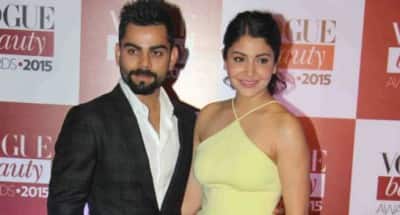 Virat-Anushka fans thought 2016 was ending with good news, but calm down they are NOT getting engaged!