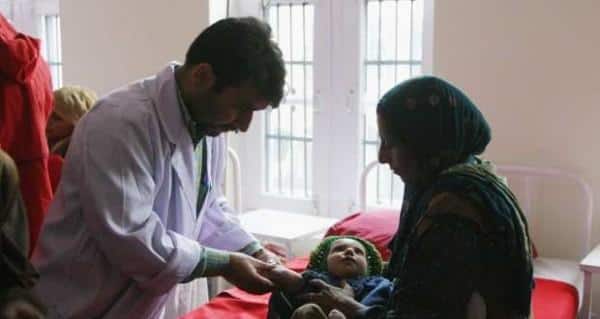 At least 30 infants were down with an unknown disease in a remote village in Odisha’s Malkangiri district, doctors said today. Also Read - Newborn fat: Here’s why you shouldn’t ignore it

A team of doctors has been sent to Puruna Orkel village in Korkunda block after information about the outbreak of the disease reached here, Chief District Medical Officer (CDMO), Uday Shankar Mishra said. A medical camp has been set up in the village where the afflicted children showed symptoms of vomiting, fever and dysentery, he said. The children were being given necessary medical treatment. Also Read - Get these pest repellent plants this monsoon to keep pesky bugs away

Noting that the disease surfaced after heavy rains in the region, the CDMO said efforts were on to ascertain the exact nature of the ailment. Unknown diseases with similar symptoms had affected the region in the past also and teams of doctors and scientists from New Delhi and Bhubaneswar visited the village last year for a proper study. State Health minister and health secretary had also visited the area.