Obese? Reduce the amount of time you sit to prevent heart disease

Sedentary behaviour is associated with poor cardiovascular health and diabetes in adults with severe obesity, independent of how much exercise they perform, the study said.

If you are suffering from obesity, reducing the time spent on watching televion or playing computer games may be as important as doing exercise to reduce the risk of diabetes and heart diseases, suggests new research. Sedentary behaviour is associated with poor cardiovascular health and diabetes in adults with severe obesity, independent of how much exercise they perform, the study said. According to the researchers, the findings could be used to design and test programmes for adults with severe obesity that emphasise reducing time spent sitting, rather than immediately working toward increased moderate- to vigorous-intensity physical activity or exercise, such as brisk walking. Adults with severe obesity often have difficultly following national guidelines to participate in at least 30 minutes per day of moderate- to vigorous-intensity physical activity for health benefits, said lead author Wendy King, associate professor at University of Pittsburgh in the US. (Read: Revealed — how obesity causes heart disease) Also Read - Hypertension: 7 Common myths about high blood pressure debunked

Our findings suggest that replacing sedentary behaviour, like watching television or sitting at the computer, with low-intensity physical activities, such as light housework or going for a casual stroll, may improve cardio-metabolic health in this population, King added. For the study, the researcher followed 927 patients participating in a prospective study of patients undergoing weight-loss surgery at one of 10 different hospitals across the US. For every hour per day participants spent in sedentary bouts of at least 10 minutes, their odds of having diabetes increased by 15 percent, metabolic syndrome by 12 percent and elevated blood pressure by 14 percent. These findings indicate the importance of investigating sedentary behaviour as a distinct health risk behaviour, not simply lack of moderate- to vigorous-intensity physical activity, among adults with severe obesity, King pointed out. The study was published online in the journal Preventive Medicine. (Read: Beware obesity could give your kid diabetes and heart disease) Also Read - 6 health benefits of drinking grape juice 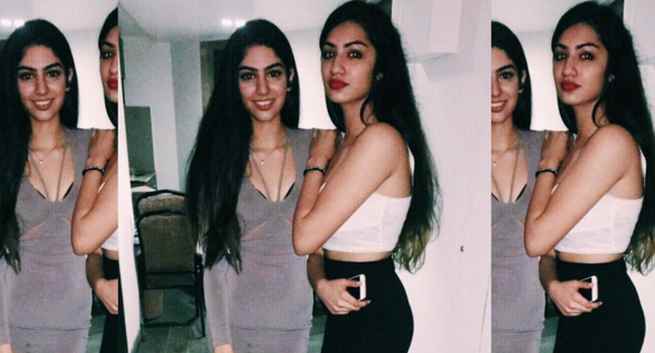 Sridevi's daughter, Khushi has been body shamed. Her reply on Instagram is pure genius!