Obese girls show greater poise when happy with their shape

Young women who may be obese but are happy with their size or shape show greater levels of self-possession, which offsets any ridicule they are likely to face. The study led by Kerri Boutelle, associ

Young women who may be obese but are happy with their size or shape show greater levels of self-possession, which offsets any ridicule they are likely to face. The study led by Kerri Boutelle, associate professor of psychiatry and paediatrics, University of California-San Diego School of Medicine, surveyed a group of 103 overweight adolescents between 2004 and 2006. Researchers assessed body satisfaction, weight-control behaviour, importance placed on thinness, self-esteem and symptoms of anxiety and depression, among other factors, the the Journal of Adolescent Health reports. Also Read - Men with a history of obesity more at risk of having blood clot in the leg: Study

“We found that girls with high body satisfaction had a lower likelihood of unhealthy weight-control behaviours like fasting, skipping meals or vomiting,” said Boutelle, according to a California-San Diego statement. Boutelle said the positive relationship shown in this study between a girl’s happiness with her body and her behavioural and psychological well-being suggests that improving body satisfaction could be a key component of interventions for overweight youth. “A focus on enhancing self-image while providing motivation and skills to engage in effect weight-control behaviours may help protect young girls from feelings of depression, anxiety or anger sometimes association with being overweight,” said Boutelle. Also Read - Being overweight increases cancer risk: Here are three easy tricks to fight obesity

Source: IANS Also Read - Men with extra kilos are having more sex than their thin counterparts

Early treatment can stop HIV transmission by 96%: WHO

When does the government intend to launch the much-touted National Urban Health Mission? 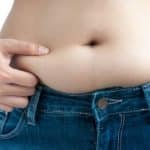 Without exercise, you may not lose your belly fat says study 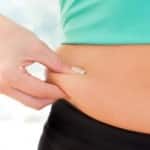 Being overweight increases your risk of diabetes, heart disease +7 other health conditions