US President Barack Obama on Thursday defended his signature health care law passed three years ago, as his Republican rivals were trying to de-fund and delay its implementation even at the risk of a

US President Barack Obama on Thursday defended his signature health care law passed three years ago, as his Republican rivals were trying to de-fund and delay its implementation even at the risk of a government shut-down. Also Read - Ganesh Chaturthi 2020: 4 reasons an eco-friendly Ganesha is good for you

‘For a long time, America was the only advanced economy in the world where health care was not a right, but a privilege. We spent more, we got less. We left tens of millions of Americans without the security of health insurance,’ Obama said during a speech in US state of Maryland, Xinhua reported. (Read: Most Americans still opposed to Obamacare ) Also Read - 'Millennials going overboard to obtain six-pack'

In the wealthiest country on earth, no one should go broke just because they get sick, Obama stressed.

Despite all the obstacles, the Affordable Care Act, commonly known as Obamacare, passed both houses of Congress and was signed into law in 2010. The Supreme Court ruled it constitutional last year.

Starting Oct 1, Americans without health care insurance can begin signing up for coverage through online marketplaces named ‘exchanges’ set by governments in different states, under the Obamacare. Americans have a six-month enrolment period for the exchanges if they want to avoid a fine for not buying insurance.

‘The closer we’ve gotten to this date, the more irresponsible folks who are opposed to this law have become,’ charged Obama, referring to some Republican lawmakers.

Top Republican leaders of U.S. House of Representatives said on Thursday that they would tie increasing the government’s borrowing capacity with a long list of party priorities including a one-year delay of the Obamacare.

The Republican-led House Friday passed a stopgap spending bill, which was championed by the conservatives, to fund the government through Dec 15 while prohibiting funding to implement the Obamacare. Without the approval of a spending bill before Oct 1, the first day of the 2014 fiscal year, US federal government will have a partial shutdown. (Read: Obama turns to Hollywood to help sell Obamacare) 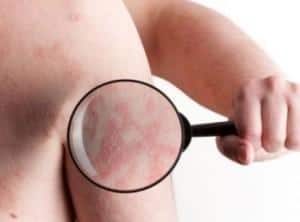 Psoriasis - tips to take care of it at home

UP to have three new medical colleges 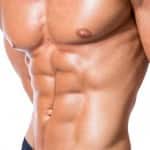