Zimbabwe wants Indian firms supplying it generic medicines to produce the drugs locally so that its pharmaceutical sector could grow, the country's health minister, Henry Madzorera, has said. ‘Goin

Zimbabwe wants Indian firms supplying it generic medicines to produce the drugs locally so that its pharmaceutical sector could grow, the country’s health minister, Henry Madzorera, has said. ‘Going forward, we desire our pharmaceutical industry to grow, and we believe that the Indian manufacturing sector can play a key role in Zimbabwe’s development,’ Madzorera told IANS in an interview here. The minister, now on a visit to India, is exploring this possibility with various Indian drug manufacturers and hopes to garner concrete partnership and collaboration proposals. Also Read - Cholera outbreak: 10 lives lost, over 300 left sick in Zimbabwe

‘Zimbabwe is right in the centre of three epidemics – HIV/AIDS, TB and malaria. We think drugs to control these should be manufactured in the region and Indian companies should exploit this opportunity,’ Madzorera said. ‘We want to increase the manufacturing capacity of Zimbabwe through partnerships with Indian pharmaceutical firms.’ He said companies had earlier hesitated to invest in his country as the nation of 13 million went through a difficult economic phase due to political uncertainty.

‘The situation has now changed. Zimbabwe’s economy is mostly dollarised. Though we may be a small country, Indian companies investing there will have access to a 250 million-strong SADC market,’ Madzorera said. The South African Development Community (SADC) is a 14-nation regional grouping of middle and low income countries of the area. Among its members are Zambia, Tanzania and South Africa. Indian pharma firms otherwise have a major presence in the region, particularly in South Africa, which is the largest market for Indian medicines in the continent. Indian firms like Cipla are already manufacturing drugs in South Africa.

At the last India-Zimbabwe Joint Trade Committee meeting held in Harare in March, which was co-chaired by Commerce Minister Anand Sharma and his Zimbabwean counterpart Welshman Ncube, potential joint venture investment projects from the Industrial Development Corporation of Zimbabwe were presented for consideration of the Indian side. 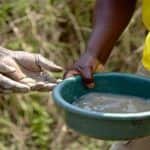