Now, autopsy in government hospitals on holidays, Sundays too 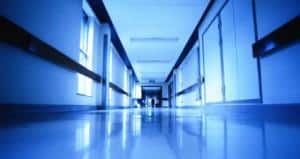 Post-mortem examinations and medico-legal tests of prisoners who died in judicial custody will be conducted at 13 demarcated government hospitals, on Sundays and holidays too, the Delhi government said on Saturday.

The government made the declaration in an affidavit filed before the Delhi High Court.

Sushma Singh, deputy secretary in the department of health and family welfare, submitted that autopsy of prisoners who died during their stay in various jails in the city, will be conducted on all days of the week, including Sundays and holidays.

It also said that notifications have been issued by the home department in this regard.

The government's response came on a PIL saying that on account of Muharram holidays in government offices and hospitals, the post-mortem examination of the body of a prisoner who died Nov 15 was not conducted till Nov 19, and the family did not get the body for four days.

A division bench of Chief Justice NV Ramana and Justice Manmohan, taking serious note of the issue, asked the Delhi government, police and Rohini Jail authorities to file a reply in the case.

Filing the affidavit, the government said that 'for the cases of extraordinary and sensitive nature such as custodial/encounter deaths etc., the health department on receipt of request from Delhi Police/home department, constitutes medical board consisting of doctors drawn from different hospitals.'

'Even on holidays or beyond office hours, the department of health and family welfare has been constituting medical boards when such requests are received from concerned police station through home department,' it said.

Gaurav, 23, lodged in the city's Rohini Jail in a murder case, died Nov 15 after he was admitted to the Baba Saheb Ambedkar Hospital in a critical condition, and family members alleged they were not informed by the police and jail authorities about his serious state. The plea alleged that the post-mortem examination was not conducted because Muharram was followed by Sunday.

Avadh Kaushik, the deceased's lawyer, filing the PIL in the high court, sought formulation of certain norms and guidelines in respect of ailing and sick prisoners and regarding immediate post-mortem examination of bodies of patients who expire in hospitals.

It also sought directions for jail authorities to make necessary provisions in the law in respect of providing immediate information to family members and relatives of the prisoners, in the event of illness of the prisoner and particularly when he is admitted to hospital.

Delhi Police, filing its affidavit in the case, asked the bench to frame guidelines on the immediate conduct of post-mortem examinations so that, in future, no family could complain of such a situation.

Additional Commissioner of Police (Outer) Sanjay Kumar, in his reply to the plea, denied committing any illegal act in the discharge of his lawful duty.

'It is denied that police did not take any step in the matter, the IO (investigating officer) had informed the Petitioner (Avadh Kaushik) that he is taking all steps so that post-mortem of deceased Gavrav be conducted as early as possible,' said the affidavit of police.

The plea said that Gaurav's parents went to visit him and his younger brother Rahul (co-accused in the same case) in jail Nov 8, and Rahul informed them that Gaurav was seriously ill, for a long time, and had been taken to Ambedkar Hospital Nov 6 in an unconscious condition.

The parents were told that by doctors that Gaurav had pneumonitis, and had gone into coma. He showed no signs of recovery.

The family had sought the court's intervention to probe the circumstances that led to Gaurav's death in judicial custody, and to ascertain whether there were lapses in his treatment.

The case will come up for hearing next Dec 3.