Novo Nordisk to launch Tresiba – an insulin injection in India

Novo Nordisk, a Danish pharmaceutical announced that it would launch its insulin injection Tresiba (insulin degludec) in India. A leading manufacturer of insulin, their product Tresiba is used for typ

Novo Nordisk, a Danish pharmaceutical announced that it would launch its insulin injection Tresiba (insulin degludec) in India. A leading manufacturer of insulin, their product Tresiba is used for type 1 and type 2 diabetes. Novo Nordisk India has 15 per cent share in the diabetes care market with a significant share in insulin, and is hopeful of growing at 15 per cent per annum, said Melvin D Souza, the managing director of Novo Nordisk India. The once-daily use medicine has a duration of action beyond 42 hours, and allows flexibility in daily dosing time without reducing efficacy. , he said. Tresiba will be launched towards the end of the year, and the price of the product will be announced closer to the launch date. , he added. Also Read - Ganesh Chaturthi 2020: 4 reasons an eco-friendly Ganesha is good for you

Tresiba is an insulin injection that will be used for type 1 and type 2 diabetes and it will be available in FlexTouch, a pre-filled pen with an easy touch button that enables doses of up to 80 units in a single injection.

Novo Nordisk India has also tied up with Indian Academy of Diabetes in order to provide doctors better access to scientific information on insulin therapy. The program is called Master Class in Insulin. India has 65 million diabetes patients and 130 million pre-diabetes patients. The programme will use the peer-to-peer model where the focus will be on engaging national leaders who are pioneers in insulinology and diabetology , and these doctors will further train 1,000 primary care physicians across the country. , said Dr Shashank Joshi, the president of IAD.

So what is diabetes?

It is a metabolic disease which is characterised by high blood sugar levels. This is caused either due to the lack of insulin (type 1 diabetes) or because the body s cells fail to respond to the insulin produced (type 2 diabetes). The hormone insulin is responsible for breaking down glucose and when it fails to do so the body starts using fats. Some of the common symptoms of diabetes are hunger, frequent urination and increased thirst. There s a third type of diabetes is called gestational diabetes and occurs in pregnant women. While type 1 is usually genetic, type 2 is mostly caused due to obesity and other lifestyle factors. Read more… 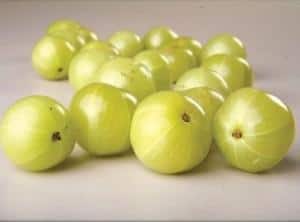 Amla can reduce your cancer risk by half!