Not to worry about vaccine derived polio cases–Health Ministry

A two-year-old child from Delhi was diagnosed with a rare vaccine-derived polio virus type 2 (VDPV2) in the first week of November.

The union health ministry on Tuesday said there was nothing to worry about after a two-year-old child from Delhi was diagnosed with a rare vaccine-derived polio virus type 2 (VDPV2) in the first week of November. The case was detected in Harsh Vihar area in Shahdara. One should not be worried about the polio case as there has been as many as 44 cases till now. Such cases are medicine-generated and we do not count it among polio cases. There have been 44 similar cases and the health department has taken report of it and dealing with it, said Health Minister J.P. Nadda, when asked about the government’s stand on the issue. The ministry, in a statement, said polio virus surveillance, including environmental surveillance, through sewage sample testing has not revealed any polio virus circulation in the area. It said that in line with WHO guidelines for response to VDPVs, the union health ministry conducted a polio round from November 6 to immunize all children under five years, in the vicinity of the area where the case was detected. (Read: Withdraw the type II oral polio vaccine by 2016 WHO) Also Read - Arvind Kejriwal warns people of shortage of bed, oxygen amid Covid-19 surge in Delhi

According to the World Health Organisation, VDPV is a very rare strain of the polio virus that occurs in children with immunodeficiency or in populations with low immunity. The emergence of vaccine-derived polio viruses is very rare but not unexpected and the programme has the knowledge and experience to deal with them. The virus was isolated from a 25-month-old girl child. The case had onset of paralysis on October 1, 2015. The case has been investigated and found to be immunodeficient, the WHO said in a statement. A similar case of VDPV was reported last from Beed in Maharashtra in 2013. Globally, 786 cases of paralysis due to circulating VDPVs have been detected in the past decade, the WHO said. India’s first injectible inactivated polio vaccine (IPV) was on Monday launched by the health minister as a part of the country’s commitment to global polio eradication. The vaccine includes three heat killed strains of the polio virus, which will prevent active circulation of the virus in the body. (Read: India targets polio immunisation at boundaries to prevent re-entry) Also Read - Poliovirus type 3 wiped out globally, announces WHO

India was officially declared polio-free by the WHO on December 1 last year. India is one of the 11 countries in Southeast Asia certified as being free of the wild polio virus. The child was found to be immuno-deficient. In rarest of rare cases, children with poor immunity contract the virus from the vaccine, said C.M. Khaniju, officer on special duty at the pulse polio cell under the Delhi government. Ashutosh Biswas, professor of medicine at the All India Institute of Medical Sciences (AIIMS), said: If a child is immuno-compromised then he/she may contract the virus from the vaccine. But this virus will not affect the nerve, and it may not lead to paralysis. The Delhi government conducted a special polio immunisation drive during November 6-10 in northeast and east Delhi after this case came to light. Reacting to the report, Delhi’s Health Minister Satyendra Jain said: We have found one case in Delhi and we are investigating it. You will find one such case in lakhs. This will not spread. There is nothing to worry about it. This is an individual case and we are looking into it. (Read: Polio: Do you know about the disease?) 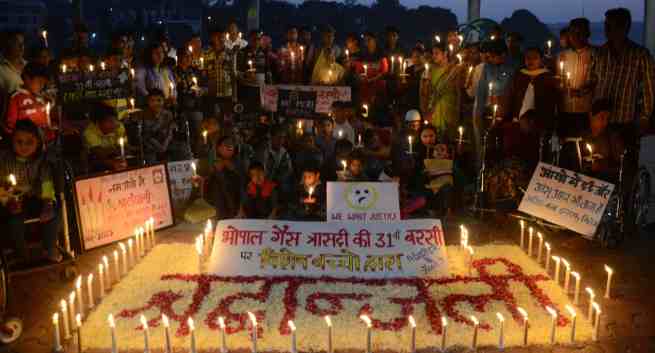 Govt. committed to solve AIDS problem from the roots, NACO to continue as a central sector scheme