Not only heart ailments, taking aspirin may help combat cancer

Aspirin has many benefits. It has been a life-saving drug for those with cardiovascular diseases. A recent research claims that the drug can bolster immune system may be able to boost the effectiveness of cutting-edge cancer medicines.A boosted immune system lets the body’s defences fight cancer. And now scientists at the Francis Crick Institute have published a study suggesting aspirin may prevent tumours from hiding from the immune system. Cancer Research UK said it could be a simple way of improving treatment. Also Read - Aspirin use likely to reduce death risk in severe COVID-19 patients - Here’s how!

The scientists showed that skin, breast and bowel cancer cells were producing high levels of a chemical, called prostaglandin E2 that could hinder the immune response – letting the tumour hide effectively. However, drugs like aspirin can change the chemical pathways inside the cancer cells that lead to prostaglandin E2 being produced. Also Read - 5 diet changes to control weight gain from PCOS

Experiments in mice, published in the journal Cell, suggest such drugs can boost immunotherapy treatment. But Prof Caetano Reis e Sousa, said We are very far from patients, all this is preclinical research in mouse models. What we would like to do now is set up a clinical trial to demonstrate this could happen in humans. Immunotherapy is one of the most promising fields in cancer research, with some trials showing terminal cancers cam even disappear completely in rare cases.

Prof Reis e Sousa added: The findings are exciting in the context of renewed interest in immunotherapy, really everyone in oncology and immunology has become extremely excited.But what we’re finding is not a revolution, it’s an evolution [that could help us] try to achieve an even greater rate of remission.

Here are some facts about aspirin:

It is the most widely used drug: Aspirin, chemically known as acetylsalicylic acid, is truly a boon to the medical world. This wonder drug was first brought to the pharmaceutical industry in the year 1899 when it was introduced for the treatment of rheumatic fever and gout. Since then it is the most extensively used therapeutic chemical and is still the first choice of treatment for minor pains and fever. You ll be surprised to know that worldwide about 20 to 50 million pounds are spent in consumption of this wonder drug. In the year 1950, aspirin was recognised as the highest selling drug by the Guinness Book World of Records.

Most people take the drug without even realising it. Most people don t realise that they are taking an aspirin because it is not only found as a single ingredient but is also present in combination with other prescribed and over-the-counter drugs. Most drugs containing aspirin have it labelled as ASA or spelt out as acetylsalicylic acid.

It is used for relieving more than 50 symptoms: The role of aspirin in the treatment of various conditions has been studied. Aspirin used for symptoms of heartburn, fever, arthritis, stomach ache, sleep disorders, migraine headaches and symptoms of common cold. Read more about Aspirin 10 amazing facts about you should know.

Can aspirin be the ultimate drug for all diseases? 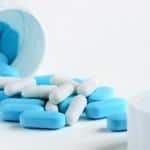 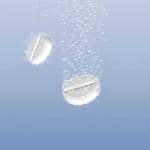 Can regular use of aspirin & NSAID's reduce the risk of colon cancer?