Home / Health News / No more clinical trials till you can monitor them: Supreme Court to Centre

No more clinical trials till you can monitor them: Supreme Court to Centre

The Supreme Court passed a ruling today which said that no new clinical trials should be allowed for new drugs till a mechanism is put in place to monitor them. A bench headed by Justice R M Lodha sai

The Supreme Court passed a ruling today which said that no new clinical trials should be allowed for new drugs till a mechanism is put in place to monitor them. A bench headed by Justice R M Lodha said that a system must be put in place to protect the lives of people and asked the Centre not to allow clinical trials for untested medicines. The Centre also assured the apex court that it will not allow clinical trials for 162 drugs permitted by it earlier. Also Read - Ganesh Chaturthi 2020: 4 reasons an eco-friendly Ganesha is good for you

The bench also asked the Centre to consider suggestions of various stakeholders in putting in place the mechanism to avoid any serious and adverse impact. The court had earlier said that clinical trials of untested drugs on humans require certain mandatory standards to be followed and had also directed the government to put in place a mechanism to monitor them. Also Read - 7 reasons why the #BeefBan is good

It had directed the Centre to convene a meeting of Chief Secretaries or Health Secretaries of all the states to frame a law for regulation of clinical trials of drugs by multi-national pharma companies. Earlier, the apex court had said that uncontrolled clinical trial of drugs by multinational companies was creating havoc and slammed the Centre for failing to stop the rackets which caused deaths.

Observing that the government has slipped into deep slumber in addressing this menace , the court had ordered that all drug trials will be done under the supervision of the Union Health Secretary.

Around 11,972 serious adverse events (excluding death) were reported during the period from January 1, 2005 to June 30, 2012, out of which 506 events were found to be related to clinical trials, the Centre had said. The court was hearing a PIL, filed by NGO Swasthya Adhikar Manch, alleging large scale clinical drug trials across the country by various pharmaceutical firms using Indian citizens as guinea pigs in those tests. The NGO had alleged that the clinical trials by several pharmaceutical companies were going on indiscriminately in various states.

Earlier, the National Human Rights Commission had also written to the Union Health Ministry to seek their view on guidelines prepared by the NHRC on clinical trials. The NHRC s expert committee also suggested that standard operating procedures (SOPs) should be written down and followed in all clinical trials based on prevailing good clinical practices (GCP) guidelines for biomedical research on human participants and there should be an effective mechanism for monitoring the implementation of the SOPs.

The can of worms was opened when reports revealed that phase IV clinical trial for an HPV vaccine was carried out on unsuspecting tribal girls. There were also reports of deaths of seven girls in the same trial which led to suspension of the whole process a year later (April 7, 2010) and a committee was constituted to enquire into the alleged irregularities, said a senior health ministry official. There were also indications that on several counts where the US-based called PATH NGO which was conducting the aforementioned trials behaved irregularly. In some cases the consent forms actually read You will not be charged for your daughter to receive the vaccine .

However, the NGO conducting the trials was let off with a warning letter only asking them to be careful in future, the official said. (Read: India s drug control body s hall of shame)

The testing ground for Big Pharma?

Various sources also suggested that major global pharmaceutical companies were using India as their testing ground for different drugs for cancer and antibiotics. The SC had also pointed out the government s failure to halt unethical clinical trials by multinational drug companies on Indian patients who were used as guinea pigs . Referring to a May 2012 report of the Parliamentary Standing Committee on health and family welfare, Judges R.M. Lodha and Anil R. Dave said it really pains us that illiterate people and children of India are being used as guinea pigs by the multinational drug companies . The health ministry data shows the number of trials being approved has also gone down: from 529 permissions granted in 2010 to 283 in 2011 and 253 in 2012. What is even more shocking is the fact that the vaccines were provided by Merck and GlaxoSmithKline and was in collaboration with the Indian Council of Medical Research (ICMR) the country s apex body for the formulation of biomedical research and was reportedly funded by the Bill and Melinda Gates Foundation!

A parliamentary panel report took note of these violations around a month ago and even lashed out at the Drug Controller General of India (DCGI), the head of the CDSCO who it claimed remained a silent spectator even as its own regulations were being violated while there were also irregularities in the approval of the clinical trials, the import licenses and even the marketing approvals. While the issue was reported in 2010, the new report points to a horrendous amount of irregularities. It s almost as if than rather than acting as a regulatory body, the ICMR was acting actively to promote the interest of the HPV vaccine manufacturers.

The report also pointed out that the cases of serious adverse events (SAE) weren t monitored during the studies. Shockingly, the vaccines were given to children irrespective of age. The panel has demanded further tightening of regulations and stricter action against the wrongdoers and strict monitoring of SAEs.

The Drugs and Cosmetics (Amendment) Bill 2013 – the beginning of a new dawn?

About a month ago, the Drugs and Cosmetics (Amendment) Bill 2013 was introduced in Rajya Sabha by Union Health Minister Ghulam Nabi Azad with an aim of strengthening the drug regulatory system in India and provides the scope for setting up of a Central Drugs Authority as an overarching body for regulation of drugs and cosmetics. It looked to establish a 19-member overarching body to regulate the drugs and cosmetics sector that will be headed by the Secretary, Health and Family Welfare. The amended bill is a comprehensive legislation to cover various aspects of drugs and cosmetics including regulation of clinical trials and the medical equipment sector, having separate chapters on clinical trials and medical devices. The bill that seeks to replace the Drugs and Cosmetics Act, 1940, was introduced in the Rajya Sabha by Health and Family Welfare Minister Ghulam Nabi Azad said who also withdrew the Drugs and Cosmetics (Amendment) Bill, 2007. (Is the new Drugs and Cosmetics Act 2013 going to change things?)

Shocking – 30% Indian children want to smoke when they grow up! 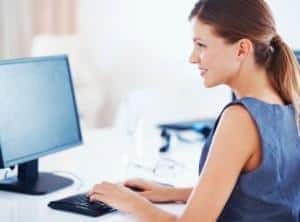 What motivates women to lose weight