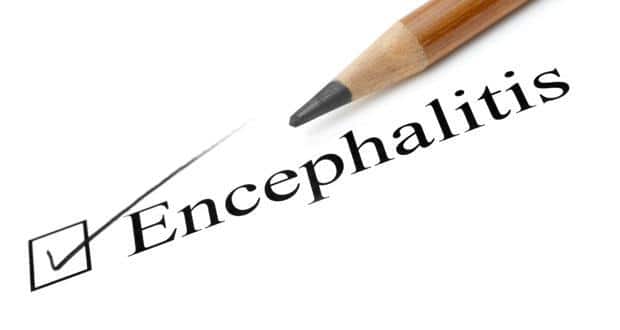 West Bengal capital Kolkata is unlikely to be affected by encephalitis, said health and civic officials even though the vector-borne disease has claimed over 100 lives this year in the north of teh state.. The deaths from the acute encephalitis syndrome (AES) in 'outbreak season' from July 2 to July 24 are 68 in north Bengal, said B.R. Satpathi, state director of health services, adding that 107 people have died of the disease since January this year.

Twenty-one of the deaths have been attributed to Japanese Encephalitis (JE), a subset of the AES, transmitted by Culex tritaeniorhynchus species of mosquitoes. 'There is no risk for JE outbreak in Kolkata as the mosquito is not found here. Moreover, since dengue is endemic in Kolkata, this confers immunity for JE as the both the viruses belong to the same family (Flaviviridae) and so the antibodies elicited due to dengue infection also provide immunity for JE....This fact has been documented by experts worldwide,' Debasish Biswas, chief entomologist, Kolkata Municipal Corporation's health department, told IANS.

Satpathi said 'there is no risk at present' in Kolkata from encephalitis, a composite group of diseases. 'Also, another reason is that the virus is not transmitted from man to man,' Satpathi told IANS. A seven-member team of experts from the Centre is carrying out inspections in the affected district of Jalpaiguri. Union Health Minister Harsh Vardhan Wednesday wrote to West Bengal Chief Minister Mamata Banerjee assuring of all facilities to contain the encephalitis menace.

He has recommended 'for a start, intensive and extensive consultations between the state and central officials on the steps to be taken on an emergency basis, and also on the permanent measures that would be necessary to avoid such tragedies in the future.' Meanwhile, a special drive was initiated across north Bengal to ensure that piggeries are located away from densely populated areas.

The state government has decided to carry out an entomological survey of north Bengal by roping in the Centre for Research in Medical Entomology. The survey will help in ascertaining how the virus is transmitted, a top health official said. The state health department has opened fever clinics, with special diagnostic kits, in each of the seven northern Bengal districts - Darjeeling, Jalpaiguri, Alipurduar, Cooch Behar, Malda, North and South Dinajpur.

Encephalitis causes inflammation of the brain, affecting the patient's central nervous system. It is caused by bacterial or viral infections of the brain, injection of toxic substances or increased complications of an infectious disease. While the lesser symptoms include headache and fever, the more severe ones cause the onset of mental issues like seizures, confusion, disorientation, tremors and hallucinations. Japanese Encephalitis Syndrome is caused by a mosquito-borne virus. While humans are the dead-end hosts of the virus, pigs act as amplifying hosts that aid in spread of the disease.

The goal of the treatment is to provide supportive care and help the body fight infection. Dr Das says, 'Treatment is usually as per the symptoms (symptomatic). Reliably tested, specific drugs against viruses (antiviral agents) are few in number and are used with limited success in treatment of viral infection, with the exception of herpes simplex encephalitis, which is treated with acyclovir.'

'In patients who are very sick, supportive treatment such as mechanical ventilation, is equally important. Most of these patients require care in ICU setting. Corticosteroids (e.g., methylprednisolone) are used to reduce brain swelling and inflammation. Sedatives may be needed for irritability or restlessness,' he says.

Prevention is the best way to control outbreaks. 'In India, vaccination is available against tick-borne and Japanese encephalitis and should be considered by individuals who are at high-risk. Most of these viruses are spread by mosquito bites, so control of mosquitoes breeding is very important. In India the monsoon season is the encephalitis season. We are already seeing outbreaks in North Bengal and a lot of people are dying. To control death, awareness about mosquito control and prevention of encephalitis is important,' he concludes. Read more about Encephalitis types, causes, symptoms, diagnosis, treatment and prevention