Nina Davuluri, who on Sunday did India proud by becoming the first person of Indian descent to be crowned Miss America, once thought of it as an impossible dream as she struggled with her weight. 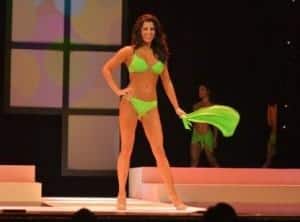 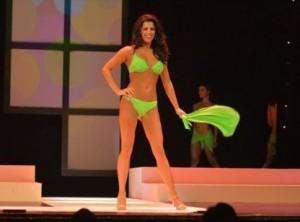 Nina Davuluri, who on Sunday did India proud by becoming the first person of Indian descent to be crowned Miss America, once thought of it as an impossible dream as she struggled with her weight. Also Read - Taapsee Pannu's nutritionist spill the beans on her shredding diet for "Rashmi Rocket"

Then about 16 months ago, the 24-year-old Syracuse, New York, resident met Tia Falcone, a personal trainer, who owns a gym at ShoppingTown Mall, according to a Syracuse.com July story. Also Read - 7 reasons why the #BeefBan is good

Before long, Falcone was impressed enough by her dedication to became one of Davuluri’s sponsors when she became the first Indian-American to be crowned Miss New York in June to get a place in September’s Miss America pageant in Atlantic City.

During Davuluri’s final semesters at the University of Michigan, she weighed 60 pounds more what she weighs now, the website said. Struggling with bulimia, an eating disorder, she gave herself little chance at being Miss America. (Read: Research: Eating disorders linked to traumatic experiences)

‘She loved rich foods. When she was lonely, or worried, she’d eat until she went beyond feeling full,’ Syracuse.com said. Reading about the pageant victories of young women she’d competed against as a teen she said ‘I thought to myself, ‘I can’t do it.’.

According to the website, a day came when Davuluri looked at a photograph of herself, and she realised exactly how much weight she’d gained and thought: ‘This is not who I want to be, and it is not the way I want to portray myself to the world.’

But once crowned Miss New York, Davuluri, according to the website, hoped the young women watching the Miss America pageant will contemplate the healthy aspects of what she calls her ‘weight loss journey’ without going ‘skinny’.

Davuluri, the website said, is ‘especially aware of the millions of children, struggling with their weight and their self-image, who would typically look at a pageant and feel worse about themselves.’ Her victory holds a hope for each one of them. (Read: Beyonce’s fitness secrets)